As I continue to see a leader of the local Tea Party Patriot movement fly the U.S. Flag upside down, I take solace in the words of Simon Wiesenthal–a prolific hero of mine and people the world over. Wiesenthal was a survivor of the Nazi concentration camp located at Mauthausen. As a child, I wrote many book reports on the success of Wiesenthal’s efforts to track and hunt down fugitive Nazi’s after WWII. Here, in his own words from a speech he gave on August 5, 1980, is what Simon Wiesenthal said about the US Flag as American troops liberated him from the death camp in 1945: 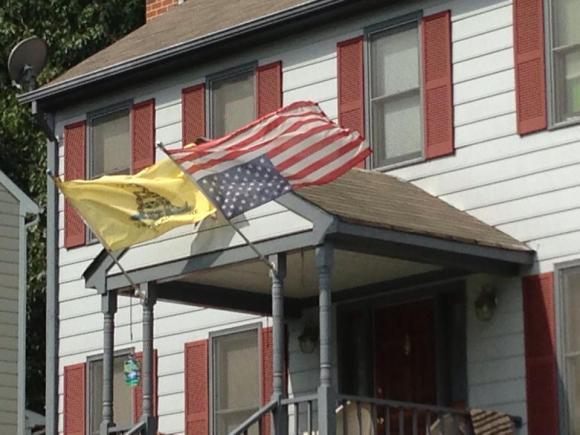 “It was a long way from the shacks in the Mauthausen concentration camp to where I stand today. It took 35 years from the 5th of May, 1945. That 5th of May, we were 900 prisoners in block six, in the dead block, and there seemed little chance of survival for any of us. Life expectancy was not more than a few days, a few weeks at most, a few hours for many among us. We in the dead block were already too weak to work, even by SS standards. The little food we were given was cheaper than a bullet. Those who were still strong enough to walk around were keeping us informed about the progress of the German retreat.

“As the American troops approached, our guards fled in panic, leaving us to our fate. Our doctor came running into our hut shouting, ‘The Americans are coming.’ The cry made us gather whatever strength was left in us. Those who could move at all staggered and crawled out of the shacks. I was among them that made it. A bright sun helped us to celebrate the moment of liberation. American tanks had entered the camp, and every prisoner struggled to get to them. I was about 150 yards from the first tank. The soldiers who had come with it were surrounded by prisoners, sinking into their arms, crying and laughing at the same time, exalted beyond any ordinary feeling.

“I covered the first hundred yards but then collapsed on the ground. I was lying there trying to get up again, panting and staring, fascinated at the American flag.

“In the times of suffering we were all looking for symbols to cling to, and in this moment of liberation I was seeing the stars on the flag as symbols not only for the States of the Union but for all the things we had lost in the Nazi Holocaust. Every star had acquired a meaning of its own. One was the star of hope; one of justice, of tolerance, of friendship, of brotherly love, of understanding, and so on. I cannot remember to how many stars I gave a name, how many I called by something beautiful, something desirable for the future, which we have rebuilt. And in the stripes I saw the roads to freedom. I don’t know how long I sat there staring at the flag, daydreaming. At that moment I understood those who gave their lives for defense of their flag.”

—
Wayne Ozmore is a combat veteran of Operations Desert Shield/Storm/Provide Comfort. He has spent more than 34 years as a GOP activist, beginning at the age of 10.