After a week of renovating, President George W. Bush and Mrs. Bush opened the Mosi-Oa-Tunya clinic, a cervical cancer facility in Livingstone, Zambia. The trip demonstrates their continued commitment to the people of Africa through the work of the global health initiative at the George W. Bush Institute. June 30-July 1, 2013.

GWB has spent his time traveling the country and the world on behalf of human freedom, global health, education, economic freedom, and AIDs research in Africa, something he began while President. In 2008, he received the Bishop John T. Walker Distinguished Humanitarian Award for his work in Africa, and in December 2011 he and Mrs. Bush traveled to Tanzania, Ethiopia, and Zambia in their continued commitment to the people.

Not many are aware of Bush’s humanitarian work in other parts of the world. In the summer of 2011, Bono of the rock group U-2
praised Bush for his fight against AIDs in Africa, a stand that has saved over five million lives during the past eight years.

In addition, human rights activist John Prendegast noted that it was during Bush’s administration and with the help of America’s influence that South Sudan was able to successfully obtain peace with the north. Democratic consultant and Fox News contributor Bob Beckel, co-host on Fox News Channel’s “The Five,” praised Bush’s African work and picked him as one of his two all-time favorite presidents. 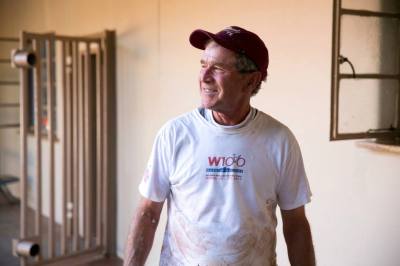 The President’s tee shirt in this photo is a reminder that on the home front, most of the time he has spent with America’s military members is unknown to the public as he greets solders at airports when they return home from service overseas, reaches out to individual families, and works with injured military veterans and the Wounded Warrior Project including the W 100K mountain bike ride. 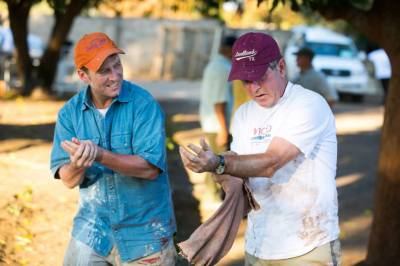 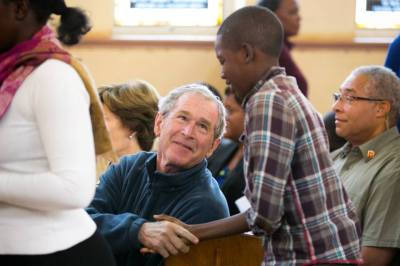 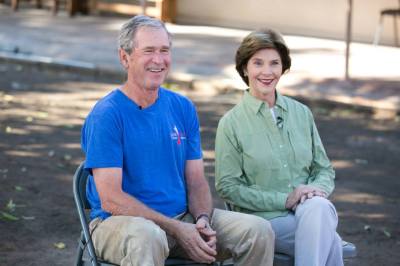 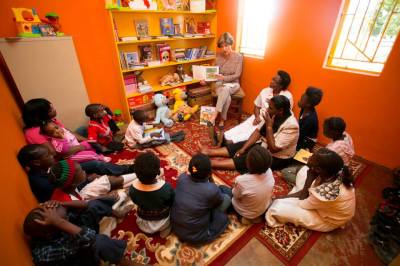 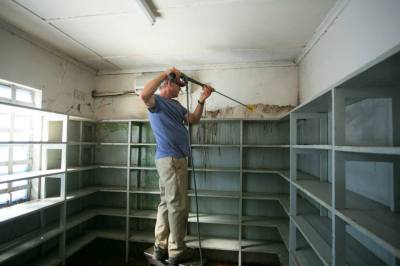 More about George and Laura Bush’s work in Africa can be seen here and here.