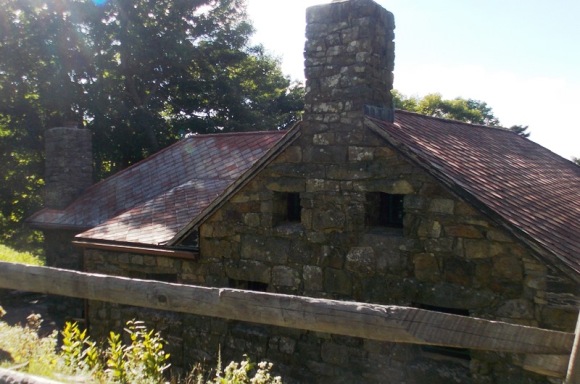 Within Shenandoah National Park is a hidden gem enjoyed by many but what many don’t realize is that Skyland Resort existed before the park (see history of Skyland). Established in the late 1880s, its location on Stony Man Mountain is at the highest point of the Skyline Drive at Milepost 42.

Within Skyland Resort is this mountain summer home called “Massanutten Lodge” (see Skyland Resort … Shenandoah National Park) that was owned by Addie Hunter, a Washington, DC, divorcee who later married Skyland developer George Pollock “when she was almost 40 years old,” the lady ranger-interpreter told us. When they married, she said, he had financial issues and she was wealthy but, well, almost 40. Theirs was an interesting relationship that eventually floundered but is part of the overall history of Skyland.

The “lodge” is a cozy hideaway in the Blue Ridge Mountains with a view of the Shenandoah Valley 3600 feet below.  By far the most imposing of the structures, it was designed by architect Victor E. Mindeleff and built in 1911, consisting of two rooms on the main floor — front-to-back living room with massive stone fireplace on the east side and double doors that open onto a deck on the western (view) side, and a bedroom and bath. It was very modern for the time with at first gas lights and later electricity, and running water. There was no kitchen because guests and cabin owners were expected to eat in the main dining room. Guests also participated in “elaborate balls, costume parties, teas, jousts and tournaments, musicales, pageants, and bonfires.”

Massanutten Lodge is open with park interpreters during certain hours. If you are lucky enough to be there when it is open, I would highly recommend stopping by especially if you’re a history geek like me.

Hearing about the life of Addie was a step back in time to the early days of the 20th century. After being used as park housing for decades after SNP took ownership, it has been restored as close as possible to the way it looked in the day by using photos right down to the wicker furniture, the hardwood floors, and removing 20th century paint from the walls and ceiling.

The deck faces west and overlooks the Shenandoah Valley. 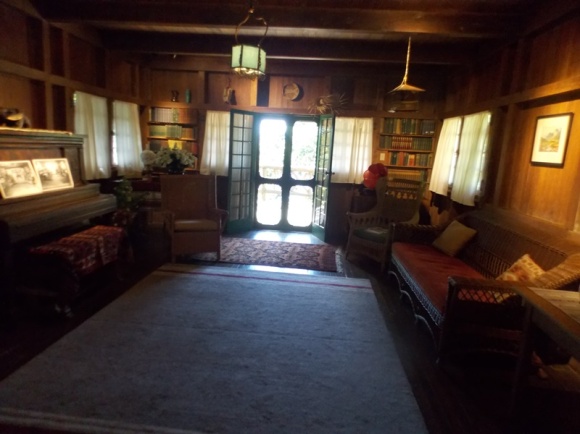 The interpreter noted the wicker furniture in this living room was light-weight and could be easily moved, and the rug rolled up for frequent dances and parties. On the left is an upright piano that was played by Mrs. Pollock who was a classical pianist, and books were in every nook and cranny. The hanging bird cage, similar to the original that was there during the time of the Pollards, housed birds that were nursed back to health by Mrs. Pollock. There was a Victrola, leather-covered game table for playing cards and poker, and an Atwater Kent radio.

Addie Pollock was an independent-thinking woman for the day and was in the presence of other like-minded women who were drawn to Skyland. One room of the lodge is a display featuring those women. 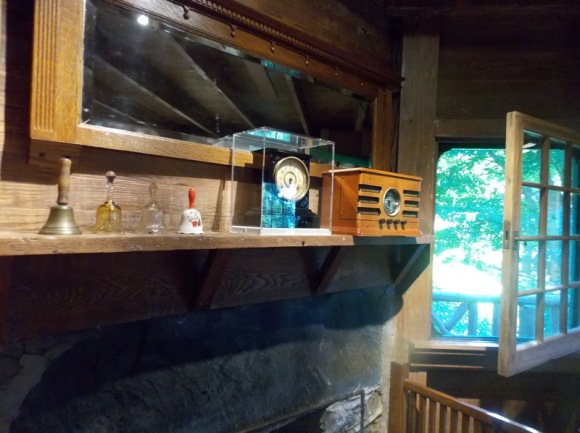 I like the deep recessed windows of the Massanutten Lodge with windows that swing open allowing cool mountain breezes in through the screens. 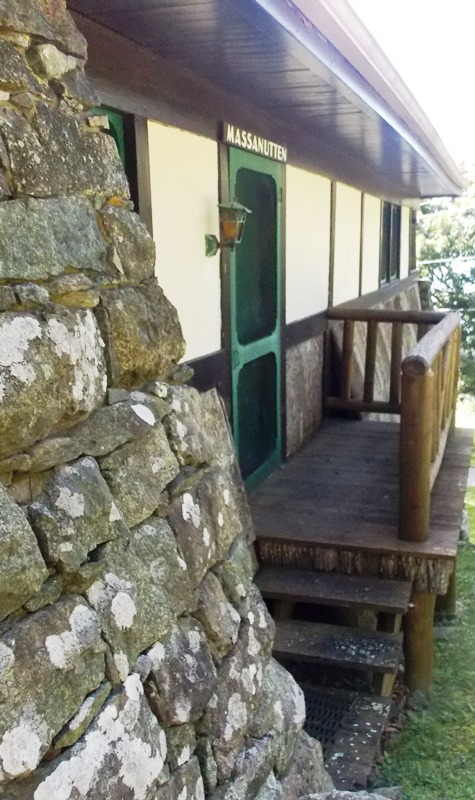 Looking west onto the deck. 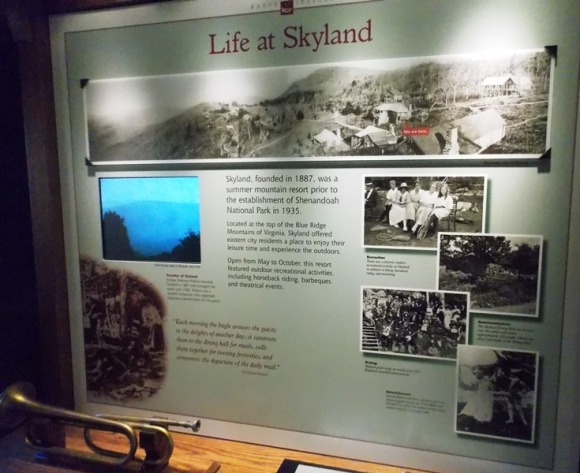 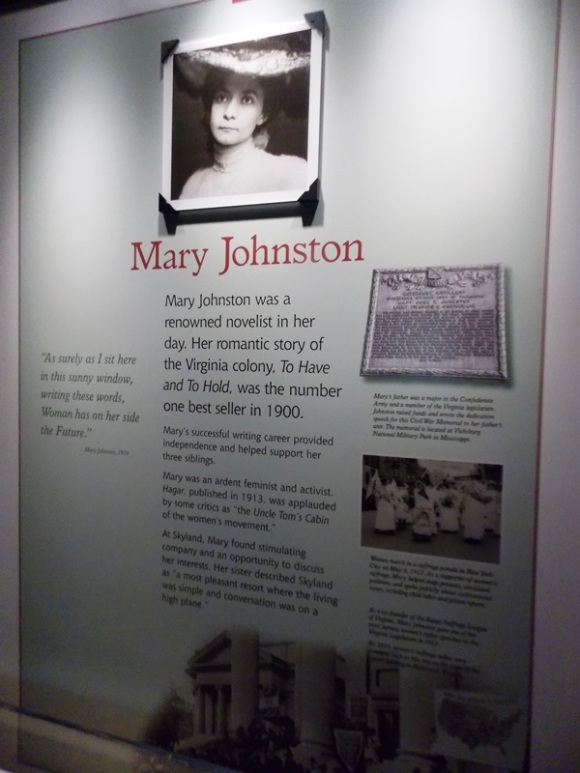 Author Mary Johnston was one of the “ardent feminists” drawn to Skyland. 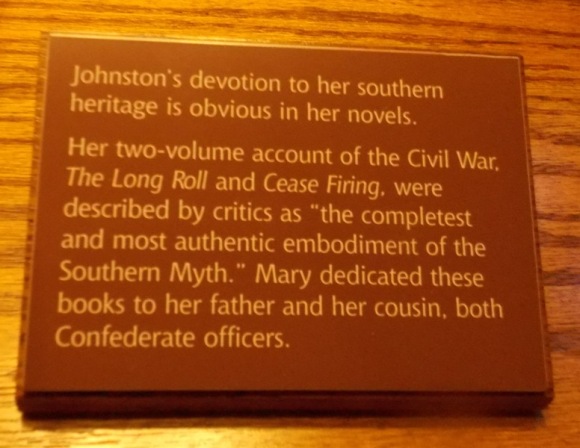 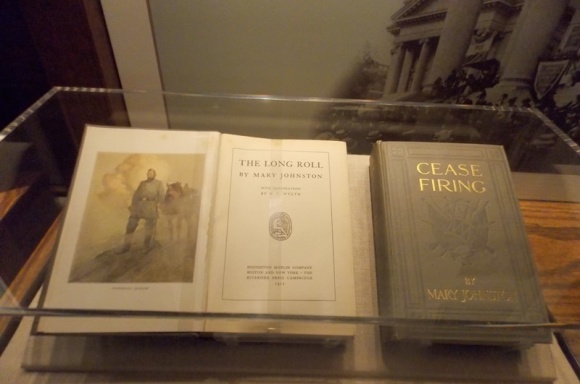 These publications offer excellent background information about the history of Skyland and Massanutten Lodge, and about George Freeman and Addie Pollard:

– Skyland: Situated on High Plateau in the Blue Ridge Near Grand Old Stony Man Peak, Over- looking Famous Shenandoah Valley by George Freeman Pollock – Written in 1912 by George Freeman Pollock, this publication is full of historical information that I found fascinating about the day-to-day running of the resort at the turn of the century, transportation from large cities to Luray and then up the mountain to Skyland, side excursions for guests, and much more.