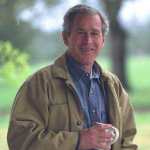 After the terrorist attacks of Sept. 11, 2001, Mr. Bush insisted that Mr. Hussein was hiding an active weapons of mass destruction program, in defiance of international will and at the world’s risk. United Nations inspectors said they could not find evidence for these claims.

Then, during the long occupation, American troops began encountering old chemical munitions in hidden caches and roadside bombs. Typically 155-millimeter artillery shells or 122-millimeter rockets, they were remnants of an arms program Iraq had rushed into production in the 1980s during the Iran-Iraq war.

It’s a long read but well worth investing the time to discover what was found, how it was handled, how troops were affected, and the secrecy that surrounded the missions. The naysayers and Bush bashers now have egg on their faces.

It proves a couple of things. First, President George W. Bush was right, again. Second, the sign of a leader is someone who knows he’s right but cannot say anything and takes the barbs with the grace this former president has shown both during his time in the White House and in the years since. Even as the current president has blamed Bush when backed in a corner on issues, Bush has remained quiet.

That is the epitome of class. That is a leader.