Kay Coles James for RPV chairman: A visionary for the future of the party 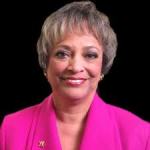 The announcement by Pat Mullins last week that he will step down as State Chairman of the Republican Party of Virginia (RPV) on January 31, 2015, has begun the usual flurry of telephone calls and email messages that range from “Who will run for RPV Chairman?” to outright requests for support for one candidate or another.

Before the RPV State Central Committee rushes to promote from within, Virginia Republicans should step back and make an honest assessment of whether to stick with the status quo, in which case promoting a current RPV leader to State Chairman is a no-brainer. Or, if the decision is that RPV needs the political equivalent of an injection of adrenalin, then a dynamic, articulate, and experienced conservative from outside of the status quo is needed.

Without commenting on any other potential or announced candidates, I think the choice of direction is obvious to most grassroots Republicans — we need that dynamic leader from the outside to revive the Republican Party of Virginia and put conservatives on track to winning statewide elections again in Virginia.

Kay Coles James is that proven leader. She knows what it’s like to pull herself up by the boot straps, rising from a childhood of poverty in Richmond’s public housing to leadership in the White House and the Virginia State Capitol. She has spent her entire life as a public servant representing the citizens of Virginia and the nation, and was a high level presidential appointee in the administrations of Presidents Ronald Reagan, George H.W. Bush, and George W. Bush as well as serving in the Cabinet of Governor George Allen.

A Virginia native who lives in Midlothian, Mrs. James’ leadership abilities are well known and highly respected, and her experience as head of multiple agencies makes her more than qualified to lead RPV. With her inspiration and vision for the future, she could lift the party which is currently in debt and in a morale crisis after losing nine of the past ten top-of-the-ticket statewide races. Her outreach and political connections would be reassuring in bringing back lost donors and business supporters.

Mrs. James is an advocate for winning elections and the hard work it takes, someone who understands putting together coalitions, reaching out to citizens, and running on principles by articulating them in a way that has broad voter appeal. Her outreach to the African American community has been immeasurable with a perspective many do not possess, and her leadership as a woman would be welcomed.

Mrs. James was the keynote speaker at the June 2014 Republican convention where she encouraged the party to not just oppose issues but to offer realistic solutions. She was a supporter of Ed Gillespie in a tight race during the U.S. Senate campaign, and was an early supporter of Delegate Barbara Comstock’s successful campaign for Congress. Mrs. James likewise had high-profile roles in the campaigns of Bob McDonnell for Governor and Ken Cuccinelli for Governor. There are, of course, many more.

During her tenure in Governor Allen’s Cabinet as Secretary of Health and Human Resources, Mrs. James led the successful Welfare Reform initiative that cut the welfare rolls in half and implemented a welfare-to-work program, an amazing transformation of a government program that was applauded nationwide and emulated by other states. She also began the effort — finally successful in 1997 — to enact true parental notification legislation requiring parents to be notified when their unwed minor daughter seeks an abortion.

1. Founder and the former President of the Gloucester Institute, a leadership training center for young African-Americans that is “committed to providing an intellectually safe environment where ideas can be discussed and transformed into practical solutions that produce results.”

2. Served in the Cabinet of Governor George Allen as Secretary of Health and Human Resources.

5. Under President George H.W. Bush, she was Associate Director of the White House Office of National Drug Control Policy and also served as Assistant Secretary for public affairs at the U.S. Department of Health and Human Services.

7. She has served on numerous councils and commissions including long-time member of Focus on the Family’s national board.

8. Served on the Fairfax County School Board and on the Virginia State Board of Education.

A wife, mother of three grown children, and grandmother, Mrs. James led the way as a professional black female in the Republican Party, successfully leaving poverty behind while never losing her character and integrity. In 2000 she was listed in “Who’s Who Among African Americans.”

She’s written three books: “Keepin’ It Real: What I Wish I’d Known Before I Got Married;”  “Never Forget: The Riveting Story of One Woman’s Journey from Public Housing to the Corridors of Power;” and the autobiographical book, “Kay James.”

With her goal-oriented work ethic and tenacity, the GOP would be fortunate to have someone of her stature at the helm — a woman leading the GOP into the future. It would be an honor to have Mrs. Kay Coles James as Chairman of the Republican Party of Virginia.

2 thoughts on “Kay Coles James for RPV chairman: A visionary for the future of the party”