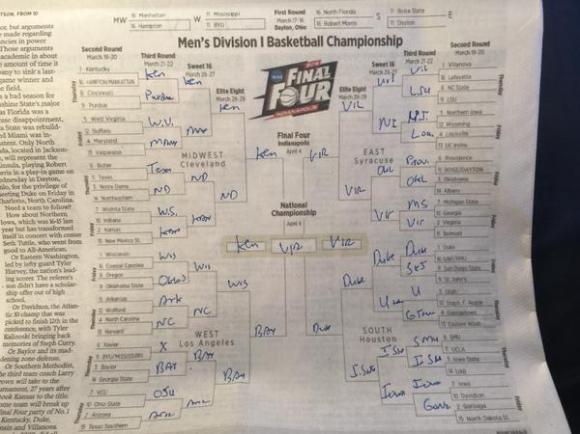 Governor Jeb Bush has filled out his NCAA brackets and picked the University of Virginia to win it all. That’s right … Jeb predicts UVa will win the Final Four when all is said and done (see his Facebook post here).

That, according to the New York Times’ Nick Corasaniti (see Jeb Bush’s Pick to Win It All, and It’s Not Kentucky) who tweeted out the news on Tuesday.

UVa has a supporter from Jeb whose Final Four consists of Kentucky, Baylor, Duke, and Virginia with the playoff game between Kentucky and Virginia, and Virginia to take it all. Let the dance begin.