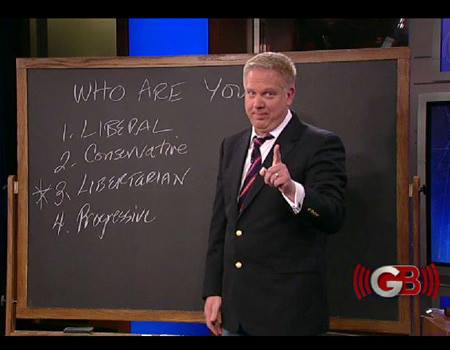 Glenn Beck, the conservative/libertarian radio host, announced today that he is no longer a member of the Republican Party. He joins his colleague at The Blaze, Dana Loesch, who has also left the GOP.

“They’re torpedoing the Constitution and they’re doing it knowingly. … So I’m done with them,” Beck continued. “Four years ago, I was with them. Four years ago, I said work from the inside: let’s change it. Let’s get new guys in there. It’s too late.”

Beck achieved national fame on Fox News and launched his own news site, TheBlaze, in 2011.

The 10 reasons Beck left the GOP are:

1) The major reason he left is because the GOP has not been able to overturn Obamacare. An Obamacare defunding resolution will immediately be vetoed by the President, but the GOP is not giving up. There are other options and reconciliation may be one of them. Both houses have to pass a budget before reconciliation can be tried.

2) Today Beck repeatedly mentioned the name of Sen. Ted Cruz (R-TX) and said he was leaving the GOP because they did not stand with Cruz. He said, “They’re taking on people like Mike Lee and Ted Cruz and they are torpedoing them. Knowingly.”

The GOP tried the Ted Cruz plan and the House passed the continuing resolution he wanted. The government was shut down for 16 days. Despite predictions, no Democrats defected and the shutdown resulted in a two week paid vacation for 920,000 federal employees. It also helped Democrats win the Virginia gubernatorial race. Beck gives numerous conservative Republicans low scores on his presidential ratings because of Obamacare, but they all oppose it.

3) At an April 2014 libertarian FreedomWorks rally in Kentucky, Beck said Senate Republican Leader “Mitch McConnell is as big of a danger to our country as Barack Obama is.” He said the Senator and other “progressives on the right” were not doing enough to stop Obamacare.

4) Beck introduced a TV ad for McConnell’s primary opponent which attacked the Senator for being “too liberal for too long.” After 30 years on Capitol Hill, McConnell has a 90% lifetime rating from the American Conservative Union, and it was 100% last year.

5) In 2013, Beck said, “I think Republicans are on the verge of implosion because they have given up on all of their principles and values except for a few. They could go the way of the Whigs.”

6) Beck says the future is with Tea Party, not the GOP. He cited a Gallup survey where an astounding 43 percent of tea party activists had an unfavorable view of the Republican Party.

7) Many people advocate GOP reforms but Beck believes the Republican Party needs to be replaced.

8) He says “we’re doomed” if the current two-party system continues. He describes both parties as “corrupt,” and claims “progressive Republicans” are a cancer “more interested in keeping their cushy jobs” than standing on principles.

9) Beck has described himself as both a Tea Party conservative and a libertarian. He receives $1 million/year to promote the libertarian group FreedomWorks. FreedomWorks and Dana Loesch both refused to support Romney in the 2012 general election, but Beck did support the GOP nominee.

In April 2014 he said he could support Sen. Rand Paul (R-KY) for president, but he has turned against the lawmaker in recent months because of foreign policy. Beck now gives Paul a “D-” rating while his score for Cruz is “A+.”

10) Two years ago both Beck and Paul were very vocal about staying out of Syria, but now Beck supports the use of U.S. combat troops against ISIS. Tea Party public opinion has also changed significantly on foreign policy issues. 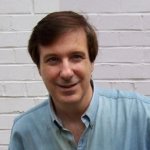 Gregg Hilton spent two decades as the Executive Director of the American Security Council. He is the former Executive Director of the Conservative Victory Fund, Director of Public Affairs for the National Republican Congressional Committee, and the Republican National Committee’s liaison to the White House Political Affairs Office during the Reagan Administration. He has authored columns for Human Events, and the Washington Post called him one of the eight leading activists in the New Right. A prolific fundraiser, Gregg lives in Washington, D.C.