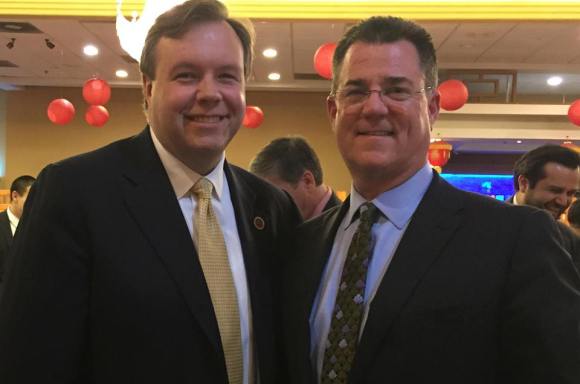 We’re thrilled to announce Delegate Dave Albo is endorsing our campaign. Here’s what he has to say:

“I’ve known Brian for a long time. He’s the kind of guy who you can ask a direct question to and get a straight, honest answer. He is a problem-solver who can get things done for your neighborhood by working with others, but when he needs to fight, he will never back down. He will never sit back and then let the Democrats raise your taxes, waste money on streetcars and bike lanes while our roads are crumbling, nor let our schools turn into places where everybody gets a trophy, and nobody goes to college.

As a member of the Virginia House of Delegates, I need an ally at the local level. I’m looking forward to working with Brian on the issues that matter to you — building and maintaining our roads, quality schools, keeping your family safe from violent criminals, and making government live within its means.”

Brian and volunteers have made contact with 1,500 voters in Sully District, reaching out to potential voters with phone calls and door knocks. With a month left until the primary, they are pushing to reach as many voters as possible. For those interested in helping, contact Erika Dyer at BrianForSupervisor@gmail.com or 703-906-6368.