Sully supervisor contest illustrates ‘the man in the arena’ 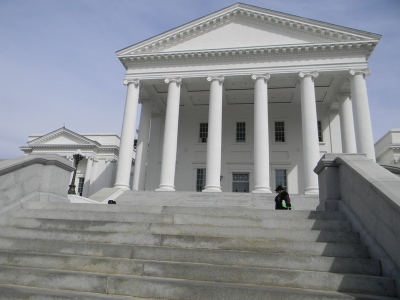 The campaign for the Republican nomination for Sully District supervisor in Fairfax County was held Saturday, resulting in a low turnout that saw the winner garner 478 votes. Congratulations to John Guerava who now moves on to the general election against Democratic candidate Kathy Smith.

Thank you to Brian Schoeneman and John Litzenberger and all candidates who step into the arena. For those who do not make it, remember that you play an important part in the political process. We appreciate your service. You are the man in the arena….

“The credit belongs to the man who is actually in the arena; whose face is marred by sweat and blood; who strives valiantly; who errs and comes short again and again because there is no effort without error and shortcoming; who knows the great enthusiasms, the great devotion, spends himself in a worthy cause; who at best knows in the end the triumph of high achievement; and who at worst, if he fails, at least fails while daring greatly, so that his place shall never be with those cold and timid souls who have never tasted victory or defeat.” –Theodore Roosevelt (American President, 1901-09)