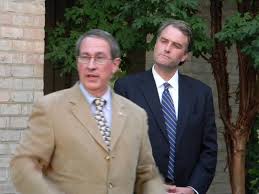 Two of Virginia’s congressmen from the central and western areas of the Commonwealth reacted to Tuesday’s news of a deal made with Iran by the Obama administration.

“I am very concerned by the announcement that we have made a deal with Iran given their nuclear ambitions and history of hostility toward the U.S. and our allies. I remain skeptical that Iran will act in good faith and adhere to any of the terms of a deal. Iran has been unwilling to make necessary compromises to meaningfully limit their nuclear program, and there is little reason to believe this will change now. Making a deal just for the sake of doing so is not worth putting the safety and security of our allies and our country at risk.

“Pursuant to the Iran Nuclear Agreement Review Act, Congress will now have 60 days to review the agreement and can pass a joint resolution to approve or disapprove of the deal. I will review the terms of the agreement closely, and it is my hope that Congress will carefully consider the consequences of a deal with Iran and maintain its focus on the ultimate goal of eliminating the threat of a nuclear Iran. I remain committed to working with my colleagues on both sides of the aisle to enhance the necessary sanctions against the Iranian regime. We must do everything within our power to prevent Iran from gaining nuclear capabilities.”

“A bad deal will not gain traction in this Congress, and initial reports seem to give Iran everything they want – sanctions relief and continued freedom to work on their nuclear ambitions – without any real agreement or oversight to shut down their nuclear armament efforts. Earlier this year, I joined 367 bipartisan Members of Congress in sending a letter to President Obama outlining several conditions that any final nuclear agreement must address. This agreement is extremely troubling and fails to adequately address the conditions set forth by this bipartisan group. Any agreement that loosens sanctions without truly and transparently permanently shutting down Iran’s pathway to a bomb is a non-starter.

“Additionally, Iran’s continued role in fueling instability in the region also brings their intentions to uphold any final nuclear agreement into question. A senior State Department official testified before Congress that ‘deception is part of [Iran’s] DNA,’ and Iran’s actions continue to prove that it cannot be trusted. The threat presented by a nuclear Iran is real for Israel, the Middle East as a whole, and the United States. While on its face this agreement may appear to lengthen the breakout time for Iran to build a bomb, it is my concern that in the details of this agreement, the Administration has guaranteed that within the next decade Iran will have joined the list of nations with operational nuclear weapons.”