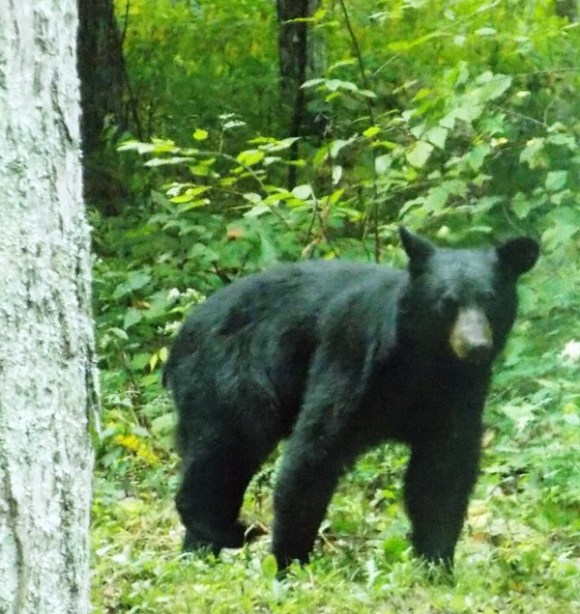 Sunday afternoon in Humpback Rock picnic area, as families grilled and set up picnics on tables scattered throughout the wooded mountainside on the Blue Ridge Parkway, an unexpected — or perhaps not so unexpected — visitor showed up to sniff the air and look for hand-outs. The young black bear had discovered easy pickings in an area populated by people and … food. 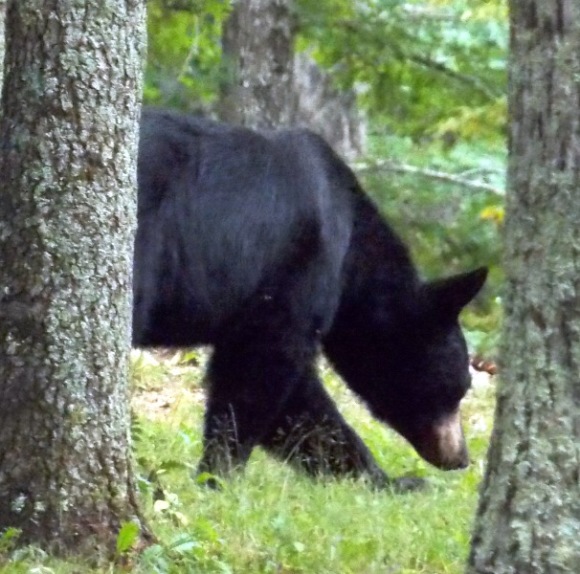 As he ambled along, two nearby tables, with a group of about 10 people that included two toddlers, stood watching. No attempts were made by any of them to remove food from the tables or seek safe refuge in their vehicles. It amazes me that people take chances with wild creatures, especially a black bear. 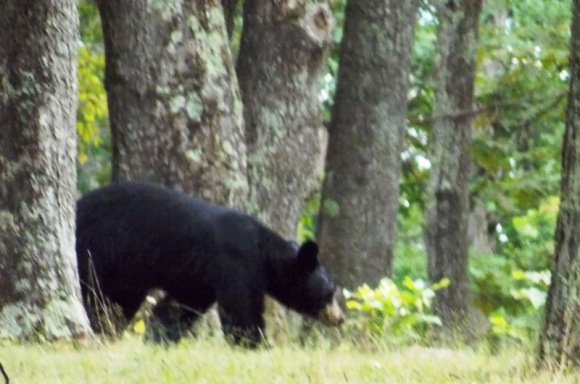 The bear headed toward the restroom building … 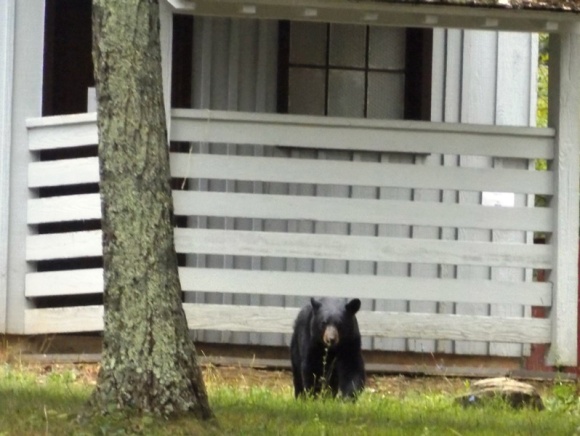 … went around it, and came out on the side nearest the picnic tables with the group of people, sniffing the air and following the scent.

He had picked up the smell of food and that’s where he was going. 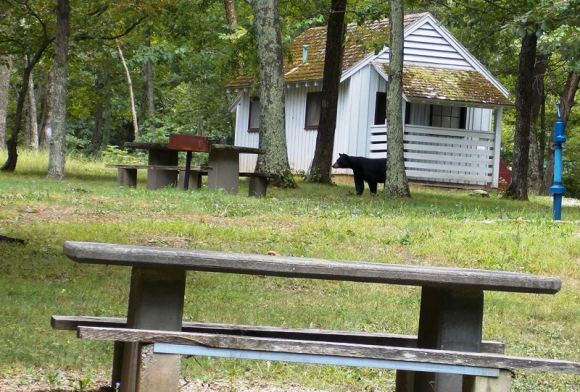 The tables with food were located to the left out of the picture. Yep, his nose was pointed in that direction. 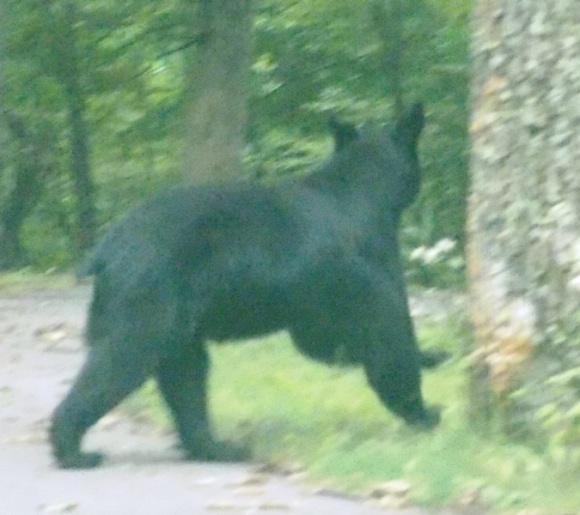 About that time one of the maintenance workers pulled up in his pickup truck, jumped out, and started yelping and waving his arms and ran it off. Later when we stopped in at Humpback Rock Visitor Center, SWAC Husband talked with the maintenance man who said it was the third time today he had chased away the bear in the picnic area. He expressed frustration at the folks at the tables with the toddlers who were standing there watching as it wandered closer to them. 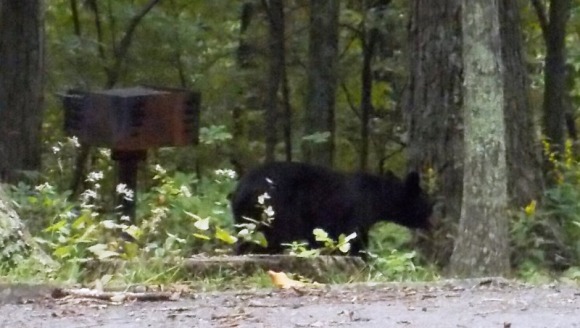 Last we saw of the bear, he was wandering into the woods, probably to lay low for a while and then sniff out another picnic table of goodies. We live in the Blue Ridge Mountains, not a zoo. Heads up … be safe.