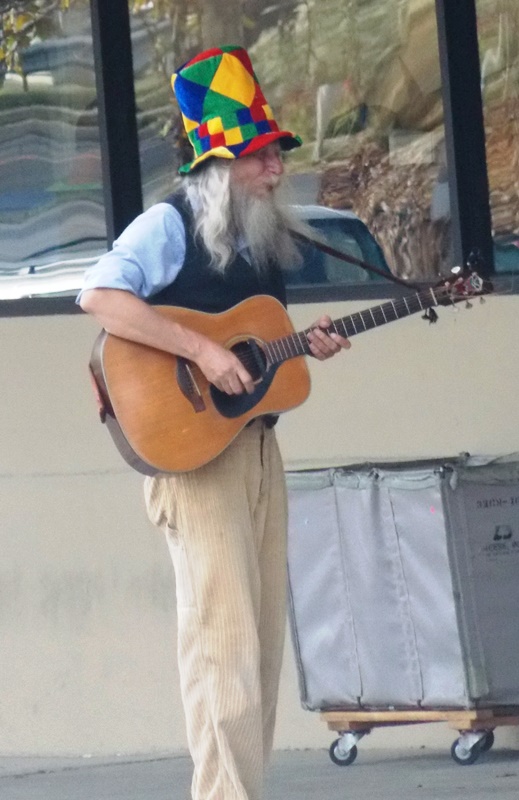 As we pulled into the parking lot of the Food Lion on North Main Street in Blacksburg Wednesday afternoon, the musical sounds of Paul Simon and Art Garfunkel’s 1967 “Feelin’ Groovy” wafted across the parked cars:

It was this musical troubadour, a hippie-looking throwback to the 1960s in a colorful Dr. Seuss-type hat — entertaining to watch and actually he sounded pretty good. 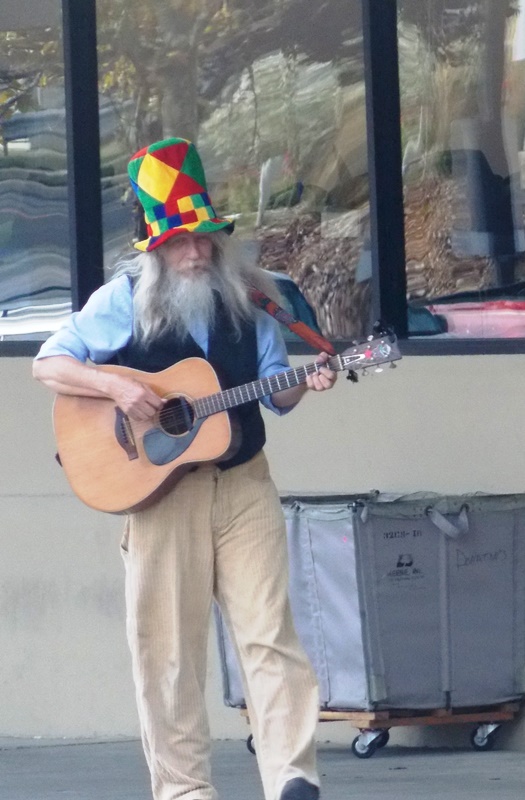 The real name of the song is “The 59th Street Bridge Song (Feelin’ Groovy)” and it was short and whimsical with good harmonies. Actually, it was kind of out of character for two singers who were part of the 60s anti-establishment war movement who were usually associated with much harder-hitting lyrics than “feeling groovy:”

I got no deeds to do, no promises to keep, I’m dappled and drowsy and ready to sleep, let the morning time drop all its petals on me. Life, I love you, all is groovy. 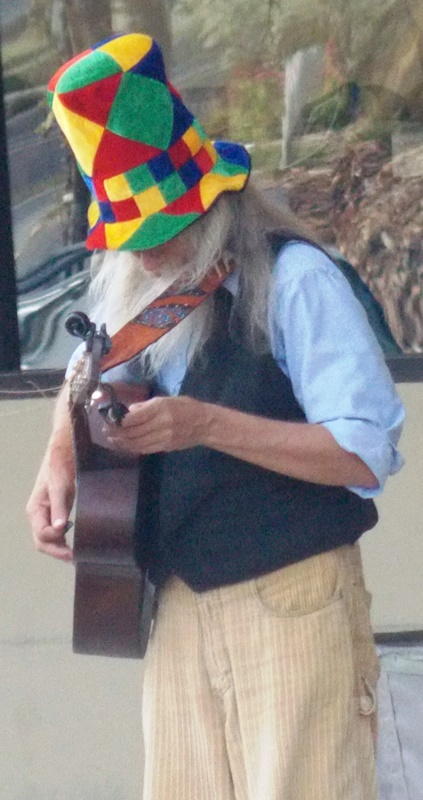 And then this troubadour stepped out of the shadows of the 1960s into the present to check his cell phone. That’s something they didn’t have back in the days of peace and love and landlines. 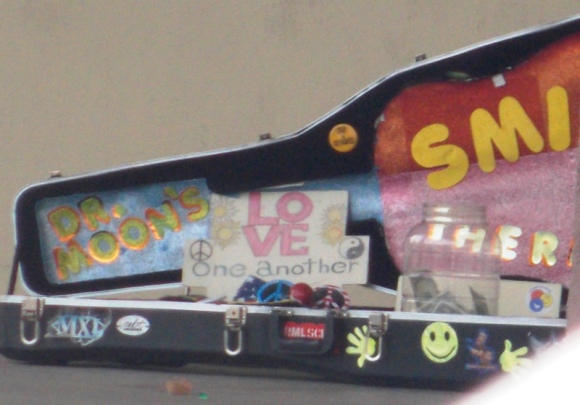 On the sidewalk behind him was the obligatory money-catcher and a glimpse of the personality of our anonymous entertainer: “Dr. Moon”? “Love one another.” “Peace.” “Smile.” Inside were all the symbols of that era: psychedelic peace signs, smilie faces, yin-and-yang … it was a traveling museum. We left him there, his voice becoming more distant as we drove away — the feeling groovy Haight-Ashbury,  Woodstock reminder who entertained on the streets of Blacksburg on a late summer afternoon.

One thought on “‘Feeling Groovy’ troubadour entertains in Blacksburg”