Obenshain decides to sit out 2017; Gillespie for governor? 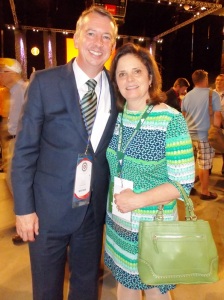 Monday afternoon certainly perked up when the news began circulating that Mark Obenshain had decided not to run for the Republican nomination for governor in 2017 (see Obenshain will not run for Va. governor).

The immediate response from GOPers was who would run?

For the Republican Party of Virginia, we really need Ed Gillespie as our candidate for governor. His narrow loss when he challenged U.S. Senator Mark Warner in 2014 showed he was able to pull together the factions and unite a hurting party that is looking for a leader.

Ed Gillespie could be that leader.

This is good news for the Virginia GOP. It gives the party a chance to unite behind a mainstream candidate for Governor in 2017. Ed Gillespie ran a great campaign for the U.S. Senate in 2014. Should he decide to run for Governor, Ed is the kind of candidate the party could unite behind.

Could Ed Gillespie be the gubernatorial candidate to run in 2017? Stay tuned….

One thought on “Obenshain decides to sit out 2017; Gillespie for governor?”