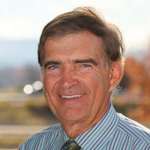 Winning the June 2015 Republican primary against two tea party opponents and garnering 60 percent of the vote was the first step for Augusta County Senator Emmett Hanger toward chairmanship of the powerful Finance Committee (see Election results set up Republican decisions on budget committee).

In line for chair along with Senator Tommy Norment and several other senators, there are compelling reasons why Hanger could eventually be chosen to head up the committee:

Who will become chairman of the Senate Finance Committee after the retirement of Sen. Walter A. Stosch, R-Henrico, and his co-chairman, Sen. Charles J. Colgan, D-Prince William?

The answer could come in less than two weeks, when the Senate Republican Caucus convenes privately in Portsmouth during the Finance Committee’s public retreat Nov. 19-20.

The outcome will depend on whether the 21-member caucus — including four new Republican senators elected last week — backs Sen. Thomas K. Norment Jr. of James City County to remain as majority leader. Norment, as senior Republican on the Finance Committee, is first in line to become chairman.

There is precedent for one person holding both powerful positions — former Sen. Hunter B. Andrews, D-Hampton, a legislative titan whom many describe as a political model for Norment.

But that was a different era in Virginia politics, said Sen. John Watkins, R-Powhatan, who will retire in January after 34 years in the General Assembly. “I don’t think that can happen again.”

Next in line would be Sen. Emmett W. Hanger Jr., R-Augusta, a Shenandoah Valley moderate who ran run afoul of party conservatives by supporting expansion of health coverage for uninsured Virginians but defeated two opponents in a GOP primary with 60 percent of the vote.

“That’s going to be a very interesting dynamic,” said Watkins, an influential centrist whose retirement will leave another hole in the Finance Committee leadership.
…
“I think Emmett and Tommy are the two most qualified for it,” said Watkins, who called the committee chairmanship “an extraordinarily complex job.”

Hanger, who heads the Health and Human Resources Subcommittee, said Friday that it would be “premature for me to forecast where we’re going. It depends on the will of the caucus and also of Senator Norment’s goals as far as leadership.”

Senator Hanger as chairman of the Finance Committee would be a good fit due to the experience from serving as a member of the committee and chairing the Health and Human Resources subcommittee. We’ll be watching what comes out of the finance caucus later this month.