Veterans Day 2015 … their service and sacrifice protect our freedom 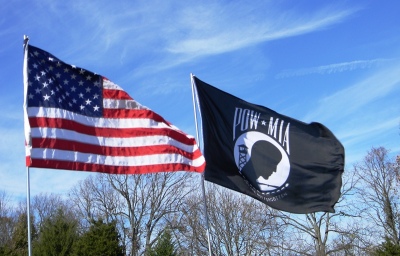 “For those who have fought for it, freedom has a flavor the protected will never know.”

Veterans Day 2015. Today we honor those who have served and sacrificed to protect our freedom.

At LynnRMitchell.com, we honor two of our own who are veterans and thank them for their dedication to God and country. Marine veteran Daniel Cortez is a Vietnam vet who was wounded in 1970 and was decorated for extraordinary heroism in combat, and managing editor Kurt Michael is a U.S. Army Corps of Engineers veteran.

My husband, a Southeast Asia-Vietnam era Air Force veteran, is flying American flags in front of our home along with the POW-MIA flag, a reminder of those who did not come back. My parents are visiting this week so we have a World War II Navy veteran in the house; my late father was also a World War II Navy vet. Brother-in-law Jon served in the Army as well as cousin John, and another cousin Jim served in the reserves.

As then-Governor Bob McDonnell, himself a U.S. Army veteran, noted in 2012, “The sacrifice of these heroes and their families makes it possible for us to continue to live and to freely pursue our dreams here in the greatest nation this world has ever known. Freedom is not free. Our brave veterans remind us of that every day. … I urge all Virginians to once again renew our pledge to all of those who are serving and have served: an eternally grateful Commonwealth and country stand forever ready to serve you. … We can’t just stop and recognize our heroes on one day. We must recognize them, serve them, and thank them every day. Our liberty depends upon their sacrifice.”