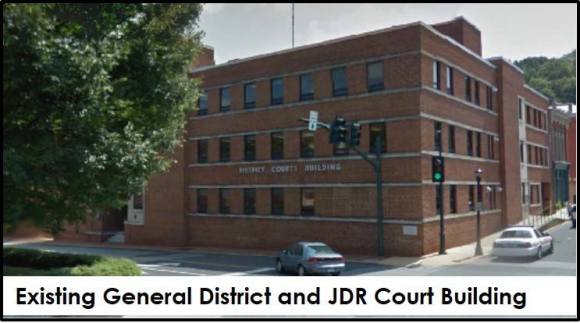 Did you know relocating the courts to Verona takes care of current and future needs of all three courts and court functions?

Did you know that the $9.5 million 2012 Frazier estimate you hear about is only to remodel the 1901 Circuit Court Building? It does not include General District or Juvenile Domestic Relations Court needs, nor does it adequately address Circuit Court needs.

Did you know determining the size of the Court Complex doesn’t involve just the number of courtrooms? Between the existing and proposed, there is only one additional courtroom (General District). Space need is also about enough work space for staff, for file storage, for handicapped accessibility, and most importantly for security.

Do you know the functions of the Circuit Court Clerk? Duties include court proceedings and jury management; issuance of marriage licenses, concealed carry permits, passports, game licenses, and trade names; management land records, court records, historical records, and election ballots; probate of estates; and constitution officer, and notary oaths. Last year, 27,761 citizens passed through the metal detector at the Circuit Courthouse. That averages to more than 100 people per day!

Did you know that the following archive documents are stored in the basement of the existing Circuit Courthouse? Judgements, inquests, land, personal property, wills, and marriage records are some of the documents stored in the basement. Space is a significant need for the functions of the Circuit Court Clerk so that records can be managed and maintained appropriately. After all, there are documents dating back to the 1700s.

Do you know why 118,170 square feet of space are needed in the new Courts Complex? The existing buildings provide 67,965 square feet, and the needs assessment indicated 89,712 square feet are needed now. A new courts facility will provide for current needs and future expansions on land owned by the County.

Did you know in both Courts Buildings combined, 1,410 square feet of space exists for security purposes? Moseley’s “Needs Assessment” indicates 3,625 square feet of space is needed. Currently, inmates, the public, and staff utilize the same hallways. Victims, witnesses and their families share the same waiting rooms. There is inadequate space at the entrances. There is no sally port for the Circuit Courthouse and no secure sally port for the General District Building. The new Courts facility proposes 3,625 square feet that meet security needs for now and the future.

Check out the Augusta County Facebook page daily for updates on the courthouse, meetings, and other events in the county.

What you can do to learn more:

Letters to the Editor in favor of moving Courthouse to Verona: