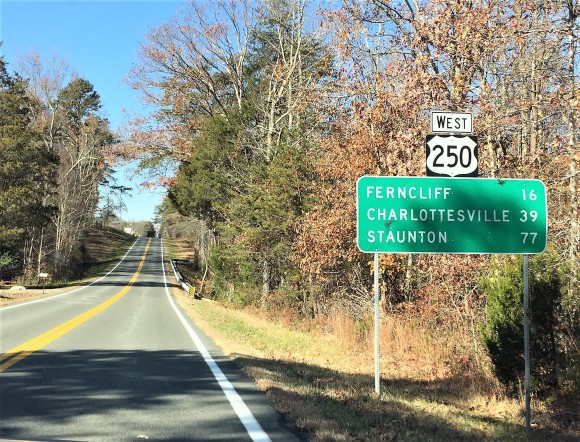 We took the back road home to Staunton from Richmond after the long Thanksgiving weekend, enjoying the late autumn leaves and winter woods along Rt. 250. A late-morning start had us ahead of expected heavy traffic as students returned to western Virginia universities and travelers began their journey home. 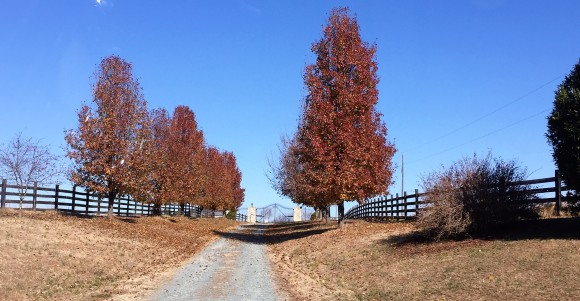 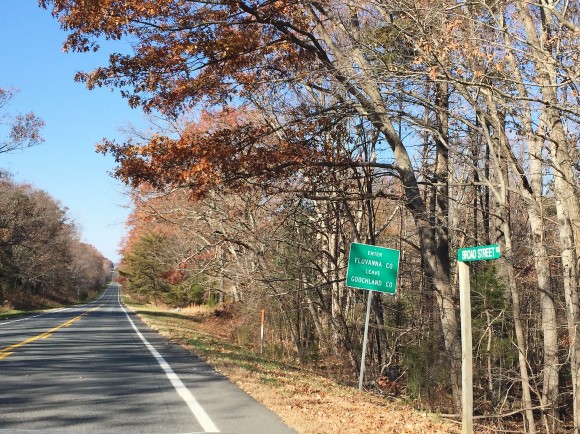 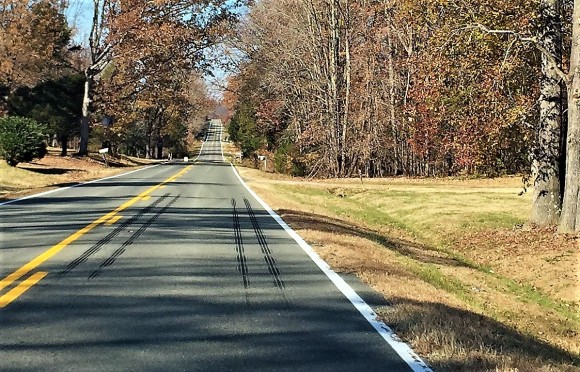 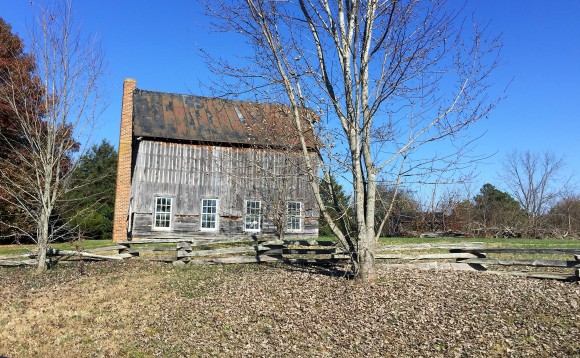 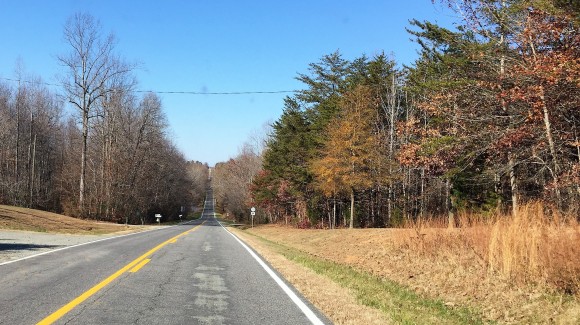 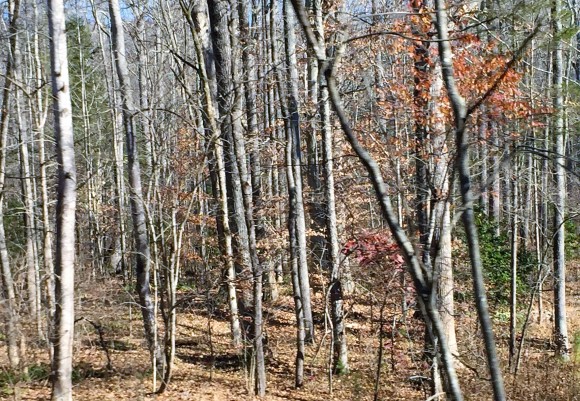 By the time we arrived at this lumber yard in Zions Crossroads, we decided to hop on I-64 west and see how the traffic was at that point.

It was noon and traffic was still light. We were just ahead of the pack that would soon follow. 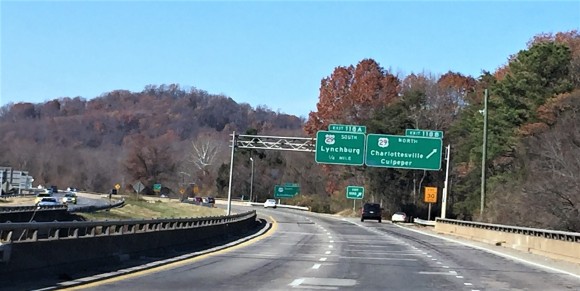 Traffic remained light as we went up and over Afton Mountain.

Back home in the Shenandoah Valley as we descended Afton Mountain on the western slope.

Families in the Valley farm just as those before them have for years which was one reason this area was known as the breadbasket of the Confederacy during the Civil War. Our journey home was a safe one and we were just ahead of what ended up being a horribly congested I-64 and I-81 with traffic slowed down and backed up for miles late into Sunday night. Virginia … a beautiful place in the fall.