As we dust off from Christmas and prepare for the New Year’s weekend, our attention turns to the 2017 campaigns in Virginia. Delegate Glenn Davis, running for lieutenant governor, has a different type of message this New Year’s. It’s a message of giving, something he is very familiar with in his work with community and beyond.

This New Year’s Eve, instead of asking for donations for his campaign, he has suggested donations can be made to those who need it.

As we prepare to close out 2016 and open the new opportunities that 2017 presents, I am certain that your email inbox is like mine – full of emails from candidates pleading for one last donation for their campaign finance reports before the end of year deadline.

Although our campaign has the same deadline, I am not emailing to ask for any last minute contributions. Instead, Chelle and I would just like to wish you a prosperous start to the New Year, and ask you to help those still in need as we end 2016.

My campaign is doing well, and there will be plenty of opportunities in 2017 to support us.  However, one thing that has become all the more evident, as I’ve criss-crossed Virginia in Mello Yellow, is that there are many throughout our Commonwealth who are having trouble making ends meet. 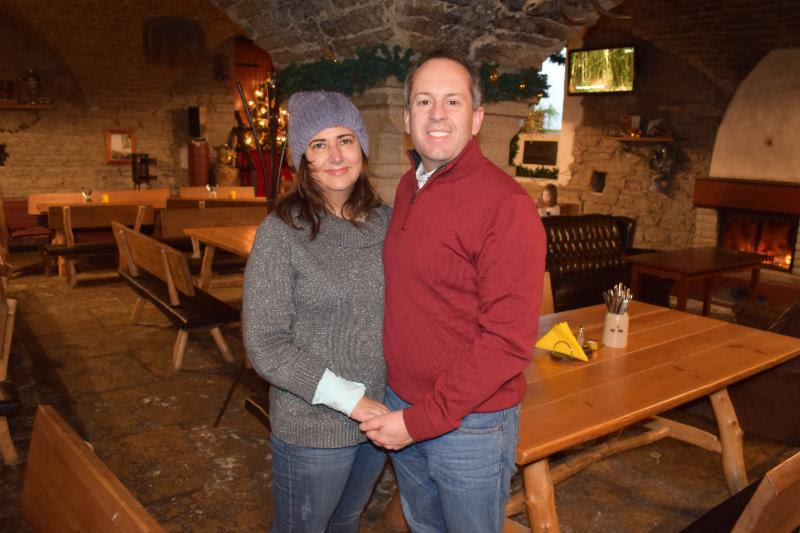 Instead of a campaign contribution, I would ask that you consider an end-of-year contribution to your local food bank or church. Until we make Virginia #1 again for business and job growth, many Virginians will continue to find themselves worse off than they were just a few years ago.  Lets try to help them start 2017 a little better than they ended 2016.

May God continue to bless our great nation and our Commonwealth in 2017, and may we work together to make it a prosperous one for all Virginians!  Chelle and I wish you a very Happy New Year.