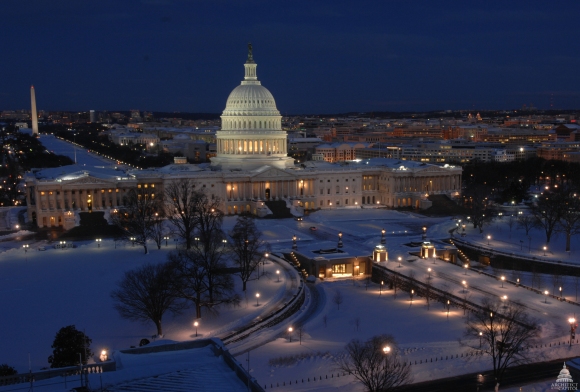 Tuesday saw the Republican U.S. House walk back the changes to the Ethics Office that had been approved the day before. Perhaps it was because of the behind-closed-doors secrecy, or maybe the timing at the opening of the 115th U.S. Congress. Maybe it was the words ethics office, or the swift and extremely negative headlines. Or maybe it was a negative tweet from the incoming president.  Whatever it was, the proposed rules change was scrapped.

On Monday Politico was among the first to expose the move to change to ethics oversight, writing, “Despite a warning from Speaker Paul Ryan (R-Wis.) and Majority Leader Kevin McCarthy (R-Calif.), House Republicans adopted a proposal by Judiciary Chairman Bob Goodlatte (R-Va.) to put the Office of Congressional Ethics under the jurisdiction of the House Ethics Committee.”

On Tuesday morning President-elect Donald Trump blasted his own party when he tweeted, “With all that Congress has to work on, do they really have to make the weakening of the Independent Ethics Watchdog, as unfair as it . . . may be, their number one act and priority. Focus on tax reform, health care and so many other things of far greater importance!”

A couple of hours after that the House reversed its decision, as reported in the Washington Post: “House Republicans scrapped plans to weaken an independent ethics watchdog on Tuesday after a backlash from President-elect Donald Trump, as a new period of Republican-led governance started taking shape on a tumultuous note. The House GOP moved to withdraw changes made the day before to official rules that would rein in the Office of congressional Ethics. Instead, the House will study changes to the office with an August deadline.”

Bob Goodlatte wrote an op-ed on Tuesday to explain the reason for the proposed change (see Rules Amendment Strengthens Mission of OCE). This paragraph was particularly informative:

Another of the basic tenets of American law is that the accused have the right to confront their accuser in a court of law. Today the OCE is able to accept anonymous complaints, meaning literally anyone from anywhere in the world can send something through a website and potentially disparage the reputation of a Member without a basis in fact. Responding to an anonymous accusation drags good people’s names through the mud, costs the accused tens of thousands of dollars, and costs people their jobs. And when the anonymous complaint is found to be frivolous none of that is returned. This amendment requires OCCR to create rules that disallow anonymous complaints, something that will prevent frivolous complaints and allow the OCCR to focus their time and energy on legitimate complaints.

The timing of the proposed change was a disaster, setting the wrong tone at the beginning of the 115th Congress, and so it was scrapped. Contacted at mid-day, Goodlatte’s office provided the following:

“The House must have a rules package under which to operate and serve our constituents, and ultimately accepting the amendment from Majority Leader McCarthy was the only way to ensure passage. While I understand the need to do so, I am wholly disappointed that these important reforms to strengthen due process rights and the mission of the OCE did not move forward. Gross misrepresentation by opponents of my amendment, and the media willing to go along with this agenda, resulted in a flurry of misconceptions and unfounded claims about the true purpose of this amendment. To be perfectly clear, the OCE has a serious and important role in the House, and my amendment would have done nothing to impede their work or lessen the high ethical standards to which all Members of Congress should be held. I look forward to passing a House Rules package this afternoon and getting down to the important business the American people elected us to perform.”

The rules debacle had been taken care of by the time House members met Tuesday afternoon in the House Chamber where Paul Ryan was nearly unanimously reelected as Speaker of the House, showing a unity within the Republican Party that had been missing the past few years. Only Thomas Massie of Kentucky strayed, casting his vote for Daniel Webster who had run against Ryan for speaker in the past.

And that was just Day 1. It should be an interesting year.