The Quietness of Skyline Drive in Winter

There’s a particular magic living in the shadow of Shenandoah National Park especially since we are able to visit in all seasons of the year. Winter is especially inviting because there are few, if any, visitors. With the spring-like streak of weather we were experiencing in late February, Mr. Mitchell and I decided to spend a day in the winter woods. At this time of year, with no leaf canopy, the vistas open as far as the eye can see, and the forest floor is visible with its rock outcroppings, ravines, old rock walls, and the indention of ancient roadways from the days before there was a Park.

We decided to drive north from Staunton on Rt. 11 to Weyers Cave, then took Keezletown Road to Rt. 33 and turned east  toward the Blue Ridge Mountains.  Ascending the mountain, I always feel the decades fall away the higher we climb, returning to an earlier time when these ridges and hollows were home to the pioneers who lived here before their land was taken away by the government to make way for the Park.  In my lifetime, signs of the past have disappeared and, though it’s still possible to see a rock foundation or find a family cemetery or maybe the crumbling remains of a long-ago rugged fence, the forest has almost completed its takeover of the land.

At Swift Run Gap, we stopped at the entrance station to talk with the ranger, then turned south on Skyline Drive to slowly make our way to Afton Mountain. There were few people — perfect. Temp was in the upper 40s but skies were overcast and the brisk wind had icicles on it. 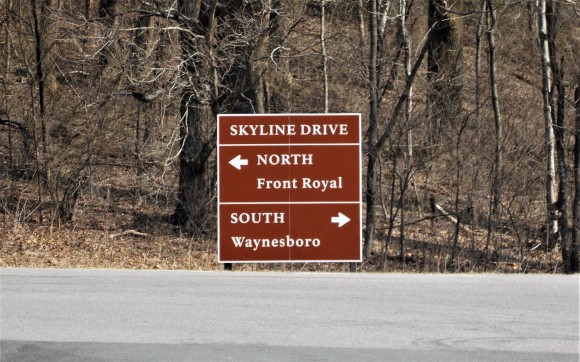 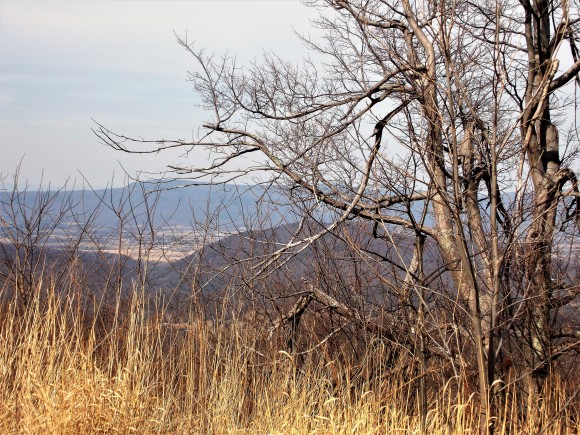 The first thing that was noticeable from Skyline Drive were the winter views that sweep out across the slopes and valleys and to the horizon in the distance. Stepping out of the car to take pictures, the next noticeable thing was the brisk, cold wind that draped its frigid fingers across my face. Winter makes me think about, and admire, the hardy men and women who raised families in this isolated, sometimes harsh, land that was tucked away from the world in the days before reliable roads and better communications.

I spent a lot of time in these mountains as a child with my family on camping trips. Even now, the wonder has never left. 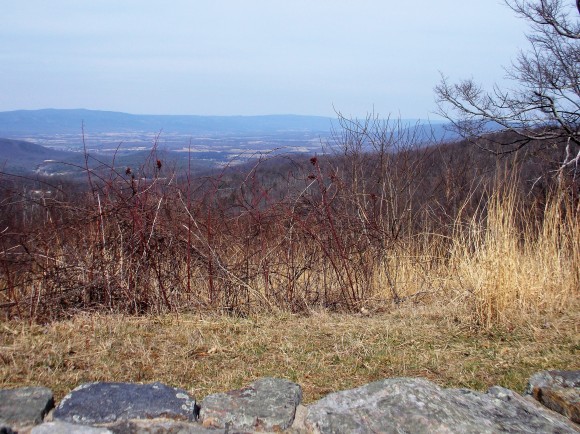 It was a slow, enjoyable trip as we stopped at overlook after overlook, stepping outside into the cold wind to take pictures and enjoy the views. Then a gust of wind would send us scurrying back into the warmth of the car, and we would head toward our next stop. 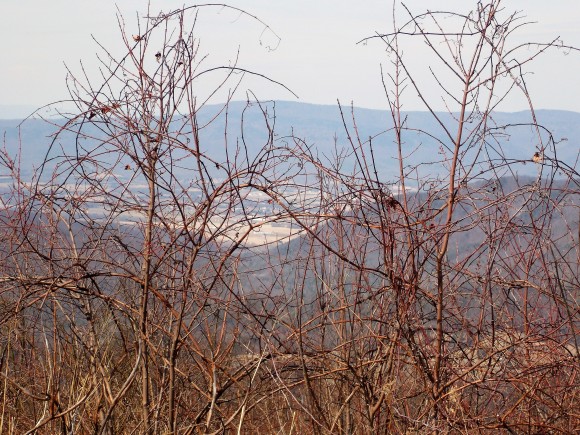 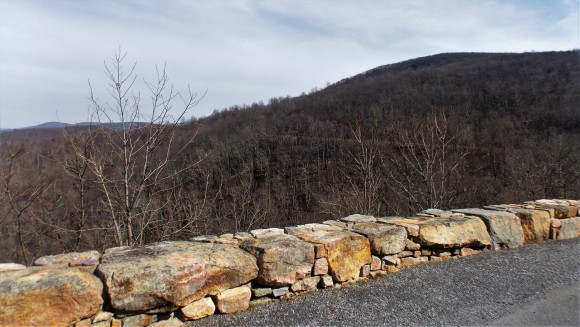 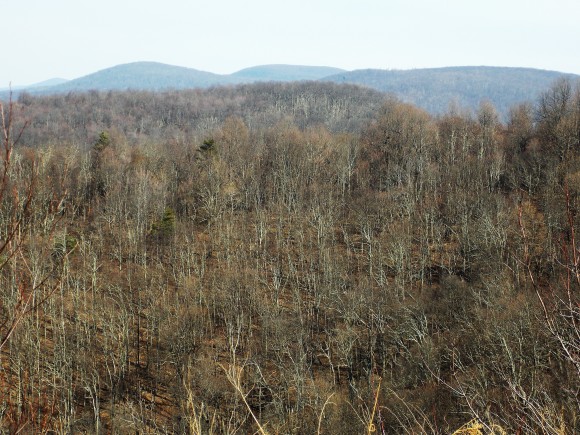 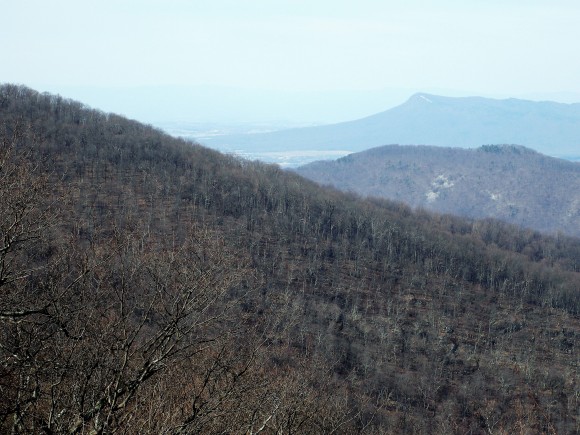 We had taken lunch with us but I don’t remember the name of the overlook where we tailgated in the car. The wind was too blustery and chilly to sit outside so we gazed out the windows over the mountain ridges and far-off fire road visible through the winter woods, chatting as we ate.

Although we make frequent trips to Shenandoah, we may not be back before the first signs of spring because the Blue Ridge Parkway is beckoning with a possible stop at Peaks of Otter, and the annual Maple Festival will lure us to the back roads of Highland County and surrounding area. There isn’t much more time to enjoy the winter woods before spring quietly moves in, making us wait until next November to again enjoy the quiet of winter and wide-open landscapes. Spring is right around the corner but for now it’s still winter in the high country.

One thought on “The Quietness of Skyline Drive in Winter”