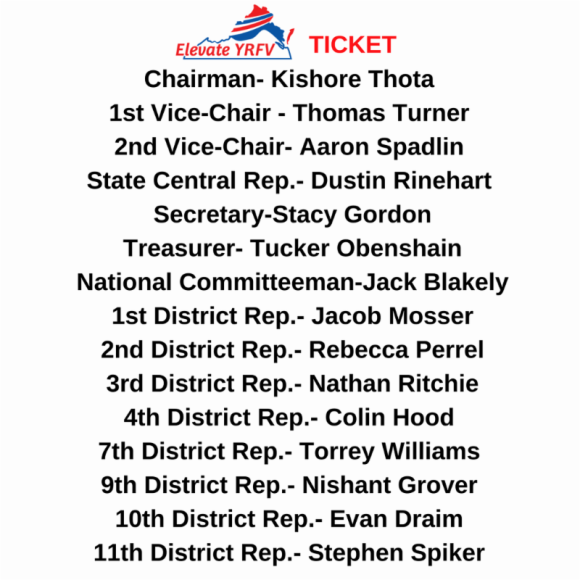 A straw poll held during the convention saw Ed Gillespie for Governor with a convincing win (84 percent) followed by Corey Stewart (9 percent), and Frank Wagner (6 percent). In the Lieutenant Governor’s race it was Jill Vogel (46 percent), Bryce Reeves (28 percent), and Glenn Davis 24 percent).

The Republican primary will be held on June 13.