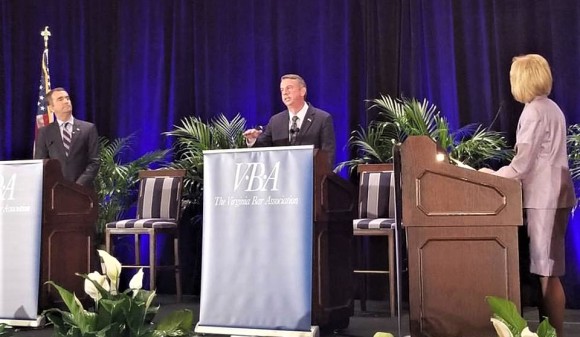 As I studied over it trying to decide how to pass it along (not sugar coat or spin but, rather, lay the facts out there), former Lieutenant Governor Bill Bolling posted his thoughts on Facebook that mirrored my own. I share them here:

“This is the second poll this week to give LG Ralph Northam an early lead over Republican Ed Gillespie. An earlier poll showed the candidates tied. We will see a plethora of these polls in coming weeks. My best advice is to ignore them. They haven’t been terribly reliable in recent years.

“I’ve said it before and I’ll say it again – Gillespie will win big ‘downstate’ and the outcome of the election will depend on Northam’s ability to turn out the traditional Democratic vote in Northern Virginia and urban centers.

“At the end of the day, unless one candidate makes a big mistake, it will likely be a 2-3 point race, one way or the other. That’s been the trend in these top of the ticket statewide races for the past decade or so. The only blow out was in 2009 when Bob McDonnell defeated Creigh Deeds by a wide margin. All of the other races have been very close, and this one will likely be close as well.”

It is difficult to put a lot of faith in polls these days but if a trend is developing, it will be worth paying attention to in the months ahead. However, it is still early and we haven’t even crossed the traditional Labor Day beginning of the campaign season. Stay tuned….