As they entered the tomb, they saw a young man dressed in a white robe sitting on the right side, and they were alarmed.

“Don’t be alarmed,” he said. “You are looking for Jesus the Nazarene, who was crucified. He has risen! He is not here. See the place where they laid him. But go, tell his disciples and Peter, ‘He is going ahead of you into Galilee. There you will see him, just as he told you.’ ” -Mark 16:5-7

Who was Keith Green? He was a contemporary Christian musician who joyfully shared the message of Christ through his songs. In 1982, he was killed in a plane crash at the age of 28 along with his 4-year-old son and two-year-old daughter. His wife was at home at the time with their one-year-old daughter, and was six weeks pregnant with their fourth child. If alive today, Keith Green would be 62 years old. Read more about this remarkably talented man who left too soon.

There’s lots going on up on the mountain the rest of the month. Check out the fun activities going on at Wintergreen Resort.

The next three weekends bring lots of fun to the mountain, so you’ll want to make plans to stay. Take advantage of our great lodging rates and join in the fun! Our reservations specialists are ready to help you plan your getaway, give us a call at 866-470-8608.

Easter with family … pics of our day together.

END_OF_DOCUMENT_TOKEN_TO_BE_REPLACED 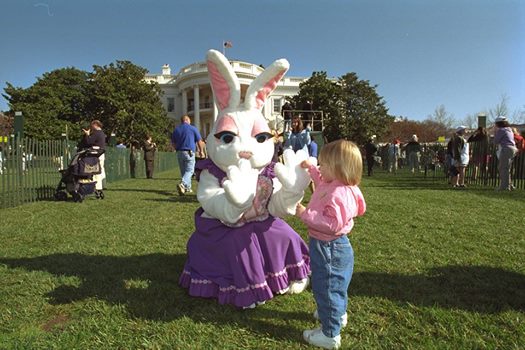 Easter 2002 … the White House Egg Roll hosted by President George W. Bush and First lady Laura Bush. One of my sisters worked in the President’s administration so my mother, other sister, the two six-year-old nieces, my 14-year-old daughter were guests for an extraordinary day, the first Egg Roll after the terrorist attacks of 9/11. Security was tight but there was a light-hearted atmosphere as children raced around the lawn, and special attractions invited by the White House entertained including animal specialist Jack Hanna. Commemorative wooden pastel-colored Easter eggs inscribed with the event and date were given to all.

Since 1878, every U.S. President has hosted this family friendly tradition. It was a special day that we have not forgotten….

Tagged Christ, Easter, He is risen, Jesus
Leave a comment
Family and friends

My uncle kept his promise

People of various religious affiliations choose to offer sacrifices, such as ‘giving-up’ a favorite food or activity, as a form of penance during the Lenten Season in preparation for Easter.

‘Giving up’ something isn’t as easy as it sounds. Ask someone battling an addiction, or someone who has a family member seeking sobriety.

Addiction is an unreasonable disease that often comes like a thief in the night, stealing the person’s dignity and sense of worth, as the family bears untold suffering –mourning the loss of their love one’s former self.

I grew up with an alcohol addicted uncle. He was my mom’s brother, and he lived with us throughout my formative years.

According to stories Mom shared with me when I became a young adult, my uncle had been an innocent farm boy – one who had never been outside Clinton County. That is, not until he was drafted into the U.S. Army in 1941 during World War II.
END_OF_DOCUMENT_TOKEN_TO_BE_REPLACED