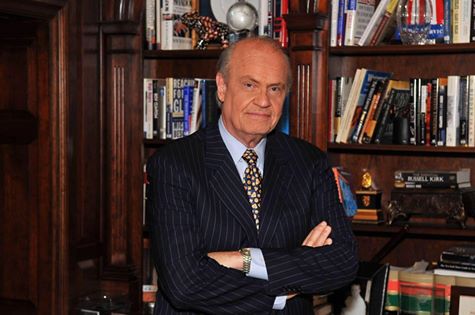 Former Senator Fred Thompson (R-TN) passed away today (see Former U.S. Senator Fred Thompson dies at 73 in the Tennessean). It was a shock to most who did not know of his battle with lymphoma. As the news raced through media outlets and social media, his family released a statement on Mr. Thompson’s Facebook page:

The following statement is from the Thompson family, following the passing today of former U.S. Senator Fred Thompson following a recurrence of lymphoma:

“It is with a heavy heart and a deep sense of grief that we share the passing of our brother, husband, father, and grandfather who died peacefully in Nashville surrounded by his family.

“Fred once said that the experiences he had growing up in small-town Tennessee formed the prism through which he viewed the world and shaped the way he dealt with life. Fred stood on principle and common sense, and had a deep love for and connection with the people across Tennessee whom he had the privilege to serve in the United States Senate. He enjoyed a hearty laugh, a strong handshake, a good cigar, and a healthy dose of humility. Fred was the same man on the floor of the Senate, the movie studio, or the town square of Lawrenceburg, his home.

“Fred believed that the greatness of our nation was defined by the hard work, faith, and honesty of its people. He had an enduring belief in the exceptionalism of our country, and that America could provide the opportunity for any boy or girl, in any corner of our country, to succeed in life.

“Our nation has lost a servant, Tennessee has lost a son, and our family has lost its rock. In the days ahead, we ask for prayers of comfort, assurance, and peace.”