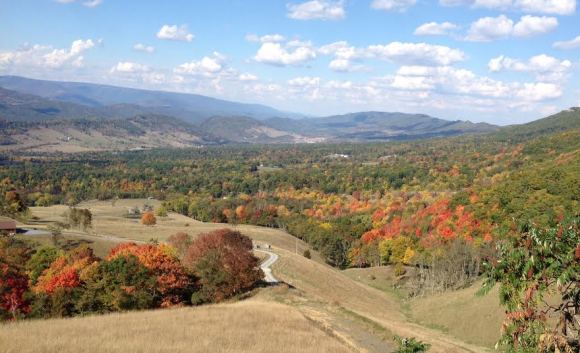 We were looking for autumn and found it in a bend in the road where an expansive, breath-taking view opened before us deep in the Allegheny Mountains of Pendleton County in eastern West Virginia. Reds and yellows of maples were mixed with evergreens and still-green hardwoods.

Rich in history and originally part of Virginia, Germany Valley settled by Germans and Pennsylvania Dutch farming families. The area is rich in caves, some open to the public and some that are still being discovered. The very popular Seneca Rocks and Spruce Knob, highest point in WVa, are also in the surrounding Monongahela National Forest.