The U.S. Senate schedule for Tuesday, July 25, 2017, is brief but includes the much-watched and very important health care issue that Republicans will bring to the floor with a procedural vote to begin debate on repealing the Affordable Care Act (background here).

Yet Senator John McCain, sidelined in Arizona last week after doctors diagnosed brain cancer, is flying back to D.C. because his vote is needed as Republicans work to repeal the Affordable Care Act aka Obamacare. There is a razor-thin margin between passage and failure. 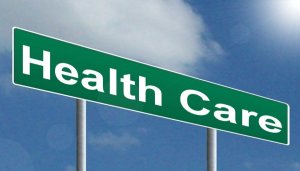 After two months in office, Donald Trump appeared to be giving up on his vow to supporters to repeal and replace Obamacare with his Thursday night ultimatum. Congress, he said, was to pass the Republican version of health care aka Trumpcare, or he was going to move on to the next item on his to-do list.

Never mind that many feel that this process is eerily reminiscent of eight years ago when Obamacare was jammed down the throats of unwilling Americans, and Nancy Pelosi infamously said the bill had to be passed before we could know what was in it. Conservatives were livid. They marched on D.C. to protest. They showed up at town halls to express their displeasure.

It did no good. Democrats passed Obamacare because they were in control and outvoted the dissenting Republicans. That was in December 2009, eleven months after Obama took office as president. It was a stunning rebuke of the opposite party and an obviously unhappy electorate.  At mid-term Democrats paid a huge price.

Fast forward to today — Friday, March 24, 2017. Perhaps it’s fitting that today is cold with rain and sleet in the nation’s capital because the reality was an ultimatum had been issued from the White House. It was now or never on health care.  That could work either way: jump on board, or dig in heels against the bill. With a vote scheduled for this afternoon, the morning hours were spent whipping up additional votes to try and pass the legislation that has been deemed ObamacareLite by those familiar with the bill.

END_OF_DOCUMENT_TOKEN_TO_BE_REPLACED

By Mike Thompson
Reprinted with permission from the Jefferson Policy Journal

While the General Assembly and Governor McAuliffe debated Medicaid expansion in Richmond earlier in the year, the federal government bureaucracy tried to change the Medicare Part D program into a Medicaid type program. Let me explain.

When Congress passed Medicare Part D in 2003 and added prescription drug coverage to the health insurance plan that serves most of America’s senior citizens, budget hawks feared that it was just another big government entitlement program that taxpayers could not afford. After all, Congress has a long history of underestimating the cost of entitlement programs – especially when they have to do with healthcare. For example, when Congress enacted Medicare in 1965 as part of President Johnson’s Great Society, Congress projected that the program would cost $12 billion per year in 1990, but it the real cost in 1990 was $110 billion and it costs more than $500 billion per year today.

END_OF_DOCUMENT_TOKEN_TO_BE_REPLACED

see Our View: A Reminder — There is a Senate race in Virginia):

Five years ago this week — Wednesday, to be exact — the newly minted Mr. Warner faced a rather contentious crowd of nearly 2,000 people at a “town hall” gathering in Fredericksburg. The issue du jour: health care.

END_OF_DOCUMENT_TOKEN_TO_BE_REPLACED

The Wall Street Journal has an interesting article today from Dr. Eric Michael David who writes a first-hand account about his young son’s emergency room visit that turned out to be nothing more serious than a bruise on his head, and his shock at receiving a $20,000 charge. Because he is a doctor (and a lawyer), he was able to navigate the medical system to negotiate the bill but his experience is a lesson to us all.