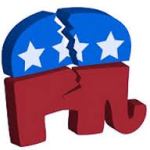 The halls at the Republican Party of Virginia headquarters in Richmond will be emptier by the end of next week.

All under the direction of the new “I’ve-been-in-office-four-weeks” RPV State Chairman John Whitbeck aka “the unifier” who said he wanted to bring the factions together.

You could call it the St. Valentine’s Day massacre.

END_OF_DOCUMENT_TOKEN_TO_BE_REPLACED

McAuliffe and Howell: Showdown in Richmond

It was a showdown Monday evening in Richmond between Governor Terry McAuliffe and House Speaker Bill Howell over Medicaid. From Michael Martz and the Richmond Times-Dispatch:

House Speaker William J. Howell, R-Stafford, refused on Monday to allow the House to consider McAuliffe’s veto of budget restrictions on his ability to use federal funds for health coverage without the approval of the General Assembly.
…
Howell ruled the governor’s veto unconstitutional and out of order. That prevented a vote by either the House or Senate on whether to override the veto of budget amendments Republicans rammed through June 12 to prevent McAuliffe from unilaterally expanding health coverage under the Affordable Care Act.

“I cannot idly allow unconstitutional actions to be considered by this body,” the speaker said in a statement. “To do otherwise would be an unacceptable acquiescence of legislative branch authority.”