I support Delegate Will Morefield.

I exercised my constitutional right in last year’s Republican primary and supported Ted Cruz. However, after President Trump received the nomination, I supported him in the General Election.

What happened to people who don’t support others’ rights to choose the candidate they support? It is very disturbing to be labeled “against coal” for not supporting a certain candidate.

I earned the right to vote for the candidate of my choice through many ways such as serving my country for three years in the military from 1962 to 1965. I can speak as a coal miner as I actually DID work in the coal mines and crawled on my knees working between two pieces of a rock.

For 10 years I served as the Buchanan County Republican Party Chairman, plus 10 years on the Republican State Central Committee, and 10 years as the Third Legislative District Republican Chairman that Will Morefield represents.

I do support Delegate Will Morefield because I remember that, while Chairman of the Buchanan County Republican Party and the 3rd Legislative District, Delegate Morefield was elected after 25 years or longer of Democratic rule. We had no voice as the Democrats did what they wanted to get votes and elect others to many different positions.

Do we want to go back and give the General Election to the Democrats after all this hard work from so many Republican Party loyalists? I for one will not, and you can bet if we have a new person running for this position then Democrats could regain control.

I urge all my friends in Buchanan County to vote for Delegate Will Morefield and stop listening to outside people who have not earned that right.

The House of Delegates 3rd District mass meeting will be held Saturday, April 29, at 10:30 a.m. at Richlands High School. The district consists of the counties of Bland, Buchanan, Russell (part), and Tazewell in Virginia’s 9th Congressional District.

Merry Christmas & Happy New Year from all of us at LynnRMitchell.com 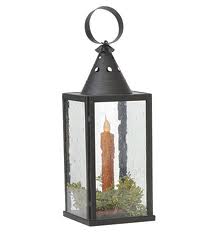 The reason for the season….

“And there were in the same country shepherds abiding in the field, keeping watch over their flock by night. And, lo, the angel of the Lord came upon them, and the glory of the Lord shone round about them: and they were sore afraid.

And the angel said unto them, Fear not: for, behold, I bring you tidings of great joy, which shall be to all people. For unto you is born this day in the city of David a Savior, which is Christ the Lord. And this shall be a sign unto you; Ye shall find the babe wrapped in swaddling clothes, lying in a manger.

And suddenly there was with the angel a multitude of the heavenly host praising God, and saying, ‘Glory to God in the highest, and on earth peace and goodwill towards men.” Luke 2:8-20

The true meaning of Christmas … a time for the Christian world to pause and celebrate the birth of the son of God.

As 2014 comes to a close, we are thankful for a successful year and especially for our readers who contribute and share the posts we publish at LynnRMitchell.com.

It is a time to remember those who have special meaning in our lives. We are grateful to have our core group of contributors –Kurt, David, Daniel, and Lynn — working together as each brings a unique perspective that is shared in our writings:

END_OF_DOCUMENT_TOKEN_TO_BE_REPLACED

In case you were busy over the weekend, here are the posts you missed at LynnRMitchell.com:

Be careful of those you trust by Jerry Lester

Be careful of those you trust

Why family or friends back-stab: trying to understand why some people “back-stab” or double-cross …

A backstabber is someone who pretends to be your friend, or to be on your side, and then turns around and does or says things that lead to you being harmed, exposed, or treated badly as a result of things they suggest or reveal.

Backstabbing is a form of manipulation and reveals a person who is disloyal, insecure, and very unsure of their own place.