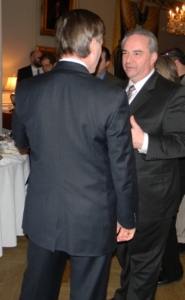 As former Governor Bob McDonnell’s appeal continues in the Fourth Circuit Court of Appeals, bipartisan legal voices from around the country have voiced support for the reversal of his unjust conviction. The unprecedented support has come from some of the nation’s most recognized legal scholars, former federal judges, former state Attorneys General, and Virginia business leaders (see Strange bedfellows defend Bob McDonnell):

Signers of the briefs include a number of former government officials with skin in the game — 44 former state attorneys general (23 of whom are Democrats), two former U.S. attorneys general, attorneys for the past five presidents, and the Republican Governors Association — as well as conservative and liberal scholars united around a separate idea that states should be allowed to determine their own corruption laws.