Tuesday is the New Hampshire primary, and tonight finds presidential candidate Jeb Bush coming in second in the latest polls. Behind Donald Trump, of course. What is it with people who are still supporting that man?

Anyway, by 6pm Monday the headline on the Drudge Report told the news. The Emerson poll results showed Jeb closing with strong momentum — that’s Jeb-mentum in Bush circles — on his side.

In politics, when it comes down to the wire, the numbers start breaking toward one candidate. I hope what we’re seeing tonight is the numbers breaking for Governor Bush. With a solid ground game in New Hampshire canvassing the state in the snow leading up to tomorrow’s primary, the Bush campaign has certainly worked hard.

On Friday morning Donald Trump cancelled a planned rally in New Hampshire when a snowstorm moved through the area, tweeting: @realDonaldTrump: Big storm in New Hampshire. Moved my event to Monday. Will be there next four days.

On Thursday and Friday, former First Lady Barbara Bush joined her son Jeb in New Hampshire for town halls. In a bit of tweaking The Donald, the Bush campaign tweeted out the following:

.@realDonaldTrump My 90 year old mother made it out to campaign. She met Destiny, age 5. 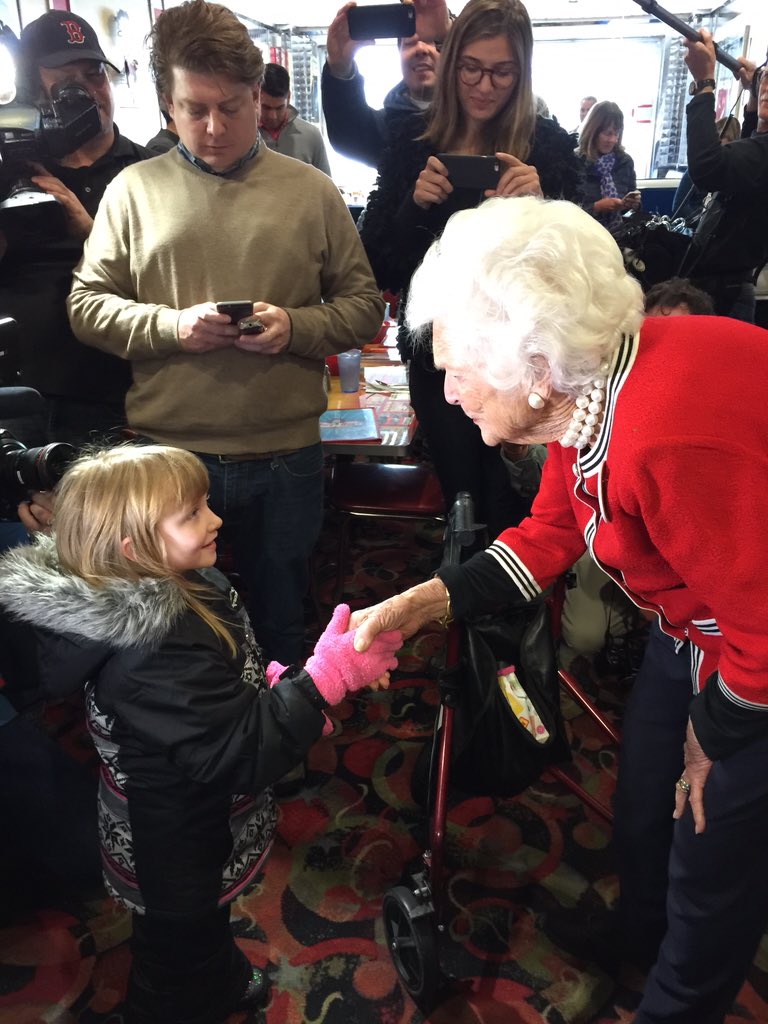 According to the Suffolk University survey released Tuesday morning, 14 percent of those likely to vote in next February’s Granite State GOP presidential primary say they’d back Bush for their party’s nominee, with Donald Trump at just under 11 percent. The survey was conducted last Thursday through Monday, in the days following the official announcements from Bush and Trump that they’re running for the White House.

Being at the top in New Hampshire of the large field of Republican presidential candidates is a good place for Jeb to be. I still maintain that Trump is doing a reality television show since he still has nor filed the official paperwork for a presidential run.

Scott Brown is back. In a three-way primary Tuesday night, he won the Republican nomination for U.S. Senate in New Hampshire. From reporter Joshua Brown with the Boston Globe (see In N.H., Scott Brown wins Senate bid):