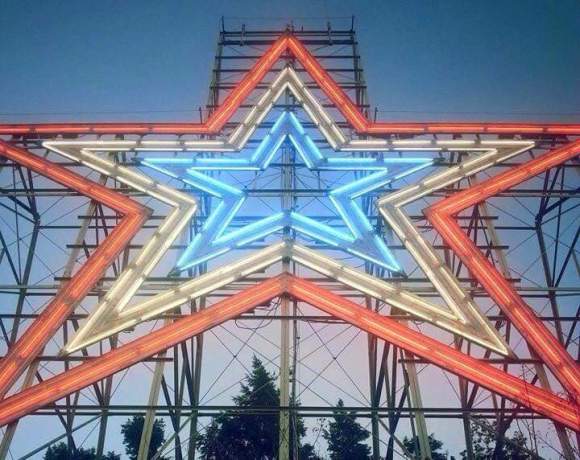 Roanoke’s famous Mill Mountain star is lit in red, blue, and white, the colors of the flag of France, to honors those who perished in Friday night’s terrorism attacks in Paris, according to the Roanoke Times. The display is expected to continue through the weekend. It is just one of many gestures throughout America and the world as they stand with France after over 100 were killed and hundreds more were injured in six separate attacks by gunmen and suicide bombers. Vive la France.