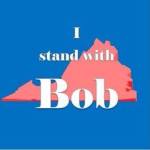 As the trial of former Virginia Governor Bob McDonnell and wife Maureen goes to the jury, my prayer is that the Governor is cleared of all charges and can try to resume and pick up the pieces of his life including his reputation.

Interestingly, as the weeks have dragged on with this trial, a number of Democratic friends have purposely sought me out to say they don’t think any quid pro quo was proven or that the governor did anything illegal, and they feel badly for him and his family because of all the sordid personal details that have been exposed.

END_OF_DOCUMENT_TOKEN_TO_BE_REPLACED

Federal judge to McDonnell: No, no, no, and no

It seems that every time I read the news, it’s another denial by the federal government of some request from former Governor Bob McDonnell’s defense regarding his upcoming trial to the point where I’m mentally keeping score and wondering, “What’s up?”

Jim Hoeft said what I’ve been thinking in his Tuesday morning update:

McDonnell still on defense: In other news, the federal prosecution continues to wrangle with the McDonnell defense team in advance of the July 28 trial for the embattled former governor.  Now, the prosecution is trying to deny the governor his expert witness testimony.  He was denied a delay to preliminary rulings.  Denied having the charges dropped.  Denied separate trials from his wife.  Denied his full request for communications between Star Scientific CEO Jonnie Williams and Maureen McDonnell’s then Chief of Staff Mary-Shea Sutherland.  At some point the governor has to win a few of these legal preliminaries, no?

From the Richmond Times-Dispatch:

Motions denied: A federal court judge today denied a motion by former Gov. Bob McDonnell to separate his trial from that of his wife, Maureen. He also refused to throw out corruption charges against the McDonnells. That means the joint trial will go on on July 28.

It’s sad to see that this witch hunt has been allow to progress so far. To help with the governor’s defense, go to The Restoration Fund to donate. You will be joining other high-profile names like former Massachusetts Governor and U.S. President candidate Mitt Romney who gave $10,000. Every little bit helps.

Also check out these articles about the federal government and its pursuit of Republican governors in Virginia and New Jersey. While ignoring the bungling of Benghazi where Americans actually died, DoJ pursues high-ranking Republicans: