A potential hurricane in January? The season usually begins in June but The Weather Channel reports a subtropical storm has formed in the Atlantic Ocean:

Subtropical Storm Alex has formed in the eastern Atlantic Ocean, giving the 2016 hurricane season a rare January start. The Atlantic hurricane season officially runs from June 1 through Nov. 30, but storms have, on an occasional basis, formed before and after that date.
…
According to the National Hurricane Center, Alex is the first tropical or subtropical storm to form in January since 1978. It’s also only the fourth known storm to form in January since records began in 1851.

Based on the long-term average, about once every 10 years, a tropical storm forms before June, most often in the month of May. This includes Tropical Storm Ana, which began as a subtropical storm in early May of 2015, eventually transitioning into a tropical system.

Likewise, roughly once every 10 years, a tropical storm has formed in the month of December. Post-season and pre-season tropical systems are usually relatively weak, in part due to cooler sea-surface temperatures in the winter and spring months, limiting the ability for such storms to intensify.

This El Niño weather year is shaping up to be an unusual one, indeed. 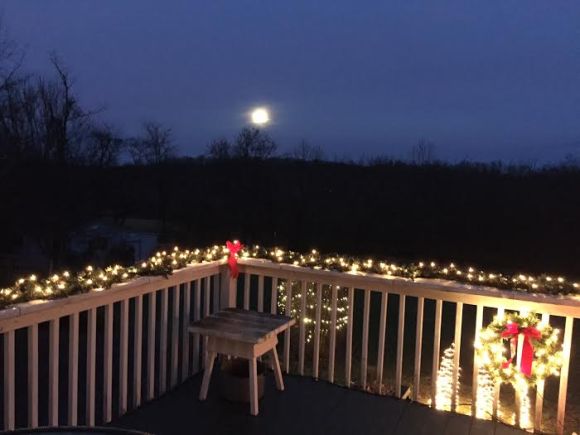 After all the rain, I didn’t think we would get to see tonight’s historic Christmas full moon. But we got a glimpse as it rose above the mountains before disappearing into the clouds, the first full moon on Christmas Eve/Day since 1977. It is an event that won’t happen again until 2034. 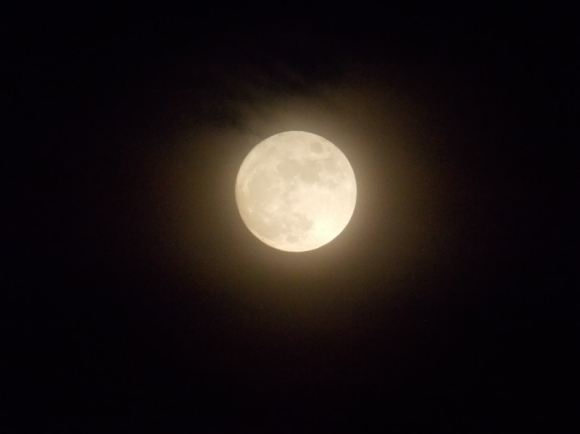 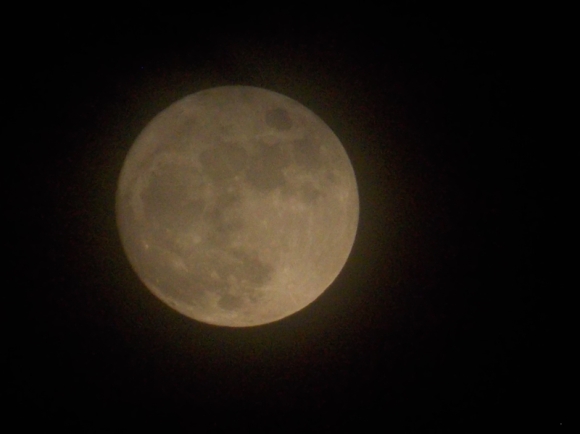 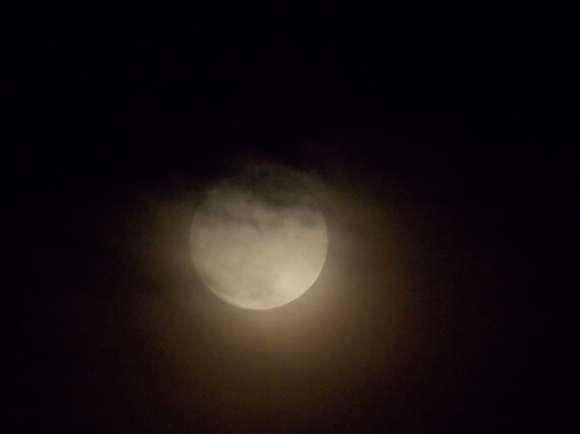 And then it was gone into the clouds….

The Weather Channel is on the streets of Blacksburg, Virginia, this morning with the well-known Jim Cantore making live reports to Sam Champion back in the studio (see The Weather Channel broadcasting live from Blacksburg on Friday morning). Reporter Kevin Myatt noted:

If you see Jim Cantore somewhere in Blacksburg today or Friday, rest easy, all weather mayhem isn’t about to break loose … (and, sorry, Southwest Virginia snow lovers, it doesn’t mean your 2014-15 snow drought is about to be interrupted by thundersnow). Cantore along with Weather Channel severe weather expert Greg Forbes are scheduled to appear in a series of short live segments on The Weather Channel between 7 and 10 a.m. on Friday focusing on a visual presentation of the May 20, 2013, Moore, Oklahoma, tornado in the “CUBE” at the Institute for Creativity, Arts & Technology at Virginia Tech.

As a snow lover, if Mr. Cantore could break our snow drought, it would be appreciated.