The Massachusetts Air National Guard released the following statement in regard to the fighter pilot crash Wednesday in the mountains of western Augusta County, Virginia:

8/29/2014 – BARNES AIR NATIONAL GUARD BASE, 104TH FIGHTER WING, Westfield, Mass. — Senior leaders from the Massachusetts Air National Guard express their gratitude to the many local, state and federal agencies that supported the search and recovery operations and continued to participate in the ongoing recovery efforts following the fatal crash of a 104th Fighter Wing F-15C aircraft in the remote mountains near Deerfield Valley, Va.

“The level of support provided by a number of states and at the federal level has been very helpful during this challenging time,” said Maj. Gen. L. Scott Rice, the Adjutant General, Massachusetts National Guard. “On behalf of the men and women of the Massachusetts National Guard, I thank each and every one of you for your assistance. The continued support from the available agencies will be critical as we work through the ongoing recovery and investigation.”

END_OF_DOCUMENT_TOKEN_TO_BE_REPLACED 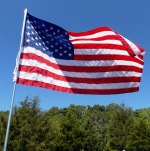 Staunton realtor Phillip Lacey, a VMI graduate and reservist with the Virginia National Guard’s Camp Pendleton-based 529th Combat Sustainment Support Battalion, 329th Regional Support Group, joined his unit of 70 on Sunday as they prepared to leave for Fort Hood, Texas, to train for deployment to Kuwait.