4 Comments
Back in homeschool classroom

Back in the homeschool classroom: Thomas Jefferson’s quote

“I never considered a difference of opinion in politics, in religion, in philosophy, as cause for withdrawing from a friend.”
– Thomas Jefferson to William Hamilton, April 22, 1800

During the years I served as newsletter editor for Parent Educators of Augusta County Homes, I would often use quotes, and one of my favorite was the one above by Virginia Founding Father Thomas Jefferson.

While these days it means more for political reasons, during my days in homeschool leadership it pertained more to our religious differences. Among those who had made the decision to educate their children at home were a wide range of religious beliefs. If we concentrated on those, we would devolve into disagreements about how the group should run and narrow our focus from the group’s purpose.

END_OF_DOCUMENT_TOKEN_TO_BE_REPLACED 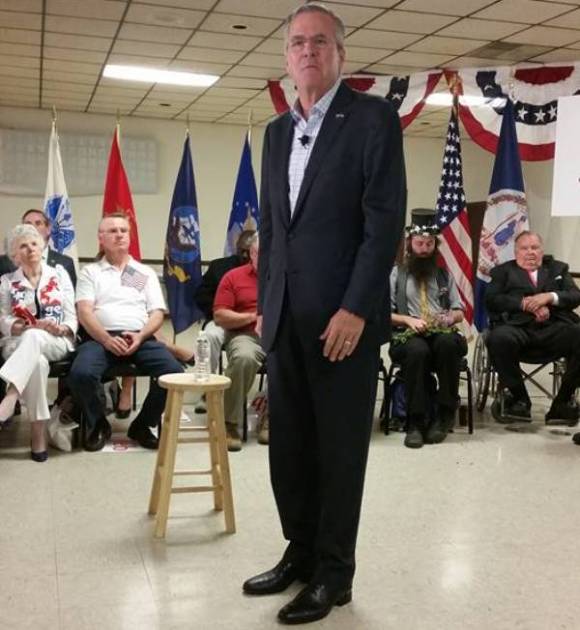 [UPDATE: By Tuesday evening the story had come unraveled as the news came out that, sadly, the obituary for Dorothy McElhaney was plagiarized from an obituary from earlier this year for a lady named Emily Phillips who passed away in Jacksonville, Florida (see I was born; I blinked, and it was over; Orange Park woman writes in own obituary). After this post was tweeted out, Mrs. Phillips’ daughter tweeted to me that it was her mom’s obituary and included the link. When I tweeted my apologies for pushing out the story and condolences for her mother’s passing, she graciously tweeted back: “It’s ok. My mom would love that her words made an impact on complete strangers. I’m just trying to protect her memory a bit.”]

The obituary of 104-year-old Dorothy McElhaney in Tuesday’s Richmond Times-Dispatch reads like a short story. Or a love letter. Or a Little House on the Prairie book. Through this auto-obituary — is there such a word? — we catch a glimpse into the life and personality of someone we never knew, never talked with, and never met, but oh how her love of life shines through in her words where we can tell that she was a bit mischievous, an historian, a wife, mom, grandmom, and great-grandmom … well, I’ll let you read it for yourselves in her own words. The kicker is she grew up and lived most of her life in Missouri before moving to Colonial Heights, Virginia, and she will be buried on Thursday in the same cemetery in Chester, outside of Richmond, where my dad is buried. Here’s the story of Dorothy McElhaney.

It pains me to admit it, but apparently, I have passed away. Everyone told me it would happen one day but that’s simply not something I wanted to hear, much less experience. But you don’t always get what you want in life.

On the subject of my life, my mother, Lucy Mae Stewart, was 104 years ahead of her time by negotiating for a new farmhouse in exchange for having a second child, Dorothy Stewart, me. Hence, I was born on November 15, 1910, and she got her new farmhouse in Brookline, Missouri. Consequently, my older brother Hubert Stewart very much enjoyed our new farm home; the first to have hand-pumped, gravity-fed running water, albeit cold. A few years later, we quarreled about my being permitted to ride home from church in lieu of his girlfriend in the new-fangled rubber tired buggy — the latest in comfort at the time before cars appeared in our community.

As a child, I walked to a one-room schoolhouse, Capurnium, where I completed my formal education. But it was at home where I learned the lessons from my mother and father that gave me the greatest joys in life. Mom was an openhearted soul who gave to others freely. She served as a midwife back when babies were born at home. And it was many a ‘railway hobo’ that would stop at our door asking for food. I’m told they wrote our family name on the cattle guards of the train tracks for those seeking a respite from the lonely road.

So many things in my life seemed of little significance at the time; they happened, but then took on a greater importance as I got older. The memories I’m taking with me now are so precious and have more value than all the gold and silver in my jewelry box.

END_OF_DOCUMENT_TOKEN_TO_BE_REPLACED

It has been the chatter of Richmond for several years as the city and surrounding areas prepared for a world-class cycling event. Now it’s only 51 days away.

For the first time in 30 years, the  nine-day Union Cycliste Internationale (UCI) Road World Championships cycling event will be held in the United States and, even better, it will take place in Richmond from September 19-27, 2015. Cyclists from around the world will converge on Virginia’s capital city for this annual competition that will feature the best cycling has to offer including 12 Championship races for Elite Men and Women.

As described on the website, “It is a rare opportunity for the athletes to compete for their country, just as they do during the Olympic Games. Athletes compete in three different disciplines including the traditional Road Race, the Individual Time Trial and the recently introduced Team Time Trial. World Champions are crowned in each discipline.”

END_OF_DOCUMENT_TOKEN_TO_BE_REPLACED

The propaganda war of words against Jeb Bush – updated

It is all becoming clear: some right-of-center people who are determined to undermine Governor Jeb Bush as a serious contender for the GOP presidential nomination have taken to rewriting history and labeling a strong conservative leader as something he’s not. A tea party member said to me on Facebook that Jeb Bush is a “fascist and crony socialist.” That is so ridiculous as to be laughable.

END_OF_DOCUMENT_TOKEN_TO_BE_REPLACED

Today marks the 70th anniversary of Operation Overlord, known to many as D-Day. The invasion that marked the turning point of World War II began in the early hours of June 6, 1944, when more than 1,200 airplanes provided airborne assault as 5,000 sea vessels took part in landing troops on the beaches of Normandy. It remains the largest amphibious landing in history involving 160,000 troops. More than 9,000 Allied troops were killed or wounded.

The sacrifices of so many helped secure the freedoms of countless. How many will keep the observance alive even as the Greatest Generation dies off and the memories fade?

One family’s wordsmith kept the memory of sacrifice and loss alive after penning a Memorial Day column some years ago. Lee Wolverton, then publisher and editor of the Waynesboro News-Virginian, remembered his grandfather who had given the ultimate sacrifice on D-Day when he parachuted in over enemy territory.

END_OF_DOCUMENT_TOKEN_TO_BE_REPLACED

With temperatures in the 70s, it has been the perfect weekend for hiking the Blue Ridge Mountains. On Sunday, my daughter Julia and I started our journey at Swannanoa, a 1912 Italianate marble villa built on Afton Mountain. The mansion  is located at the gateway of the Blue Ridge parkway near Waynesboro and is now open for weekend tours.

END_OF_DOCUMENT_TOKEN_TO_BE_REPLACED

The Richmond Times-Dispatch is confirming a 3.2 earthquake Wednesday evening in Powhatan County located outside Richmond. The quake was centered near the Powhatan-Amelia county line around 10:00 p.m. This is breaking news. Stay tuned for additional details.

On a recent May afternoon, the members of Staunton’s city council drove to the top of Betsy Bell Mountain, a 70-acre public park located within the city limits, to fulfill a promise. Four-wheeling up the rough gravel road, they climbed out at the top (elevation 1,959 feet) and walked to the observation platform to take in the breath-taking views of the Blue Ridge Mountains to the east, the Shenandoah Valley, and the city of Staunton that has built up around the mountain’s base.

Originally owned by John Lewis who founded Staunton, the mountain was passed down through the family over the years. In 1941,  owner Charles Catlett left the 50-acre summit to the city with a few stipulations:

END_OF_DOCUMENT_TOKEN_TO_BE_REPLACED

Former Governor Bob McDonnell and his wife Maureen were in court Monday to ask that a judge dismiss corruption charges that have been brought by the federal government.  Chances of that happening may not be good, according to reporter Jim Nolan with the Richmond Times-Dispatch:

Dismissals are rare in complex criminal cases, and U.S. District Judge James R. Spencer gave every indication toward the close of Monday’s 90-minute hearing in Richmond that the case would go to trial.

Many have questioned the validity of the charges and the federal government’s reach into a state issue. Five former attorneys general announced publicly earlier this year that charges should be dropped.

A good man who served Virginia well is being persecuted. Prayers and thoughts go to him and his family as they wait for the judge’s decision.

Staunton City Council elections Tuesday … what if there were purple fingers?

Purple fingers, similar to “I voted” stickers in America, are proudly displayed in Afghanistan during elections where voters often risk their lives to exercise the freedom of casting a vote.  Staunton City Council elections are Tuesday. There are eight candidates running for three seats. The Staunton News Leader reports that there have been very low turnouts in past years.  What if voters’ fingers were stained purple to show who voted?

RVA: My hometown is growing up

Once again Richmond, Virginia, is receiving accolades for the great city that it is, this time by Movoto.com, in 26 Things You Need to Know About Richmond Before You Move There. We knew growing up that we had a great place — the river alone is worth raving over — but RVA has come of age and is being discovered by a whole new generation. (And that would be the mighty James River.) Great job!

By the way, I like #19: “The mountains are practically right outside our doorstep.” The mountains lured me away from RVA but I can often be found back in my old stomping grounds! And #10 is wrong: RVA runs on Krispy Kreme Donuts, not the ones mentioned. Everyone knows that!

“Lonely the days and nights, my love, that we have been apart. It seems almost forever since I held you to my heart. The moments are as restless as the waves that move the sea, but every second means a step nearer, my love, to thee.”

— POW Paul Galanti’s words to wife Phyllis after his release as a POW during Vietnam War, a poem he had shared with her before they married

Phyllis Galanti burst onto the world stage when her husband, Paul Galanti, a Navy fighter pilot shot down over Hanoi in 1966, became a prisoner of war during the Vietnam War. She had never wanted to be in the spotlight, this quiet and unassuming lady, but in 1971, five years after her husband’s capture and imprisonment at the infamous “Hanoi Hilton,” she took her battle to have him released to the people of Virginia, America, and the world, and became a national celebrity.