After good debate, Jeb Bush is trending on social media 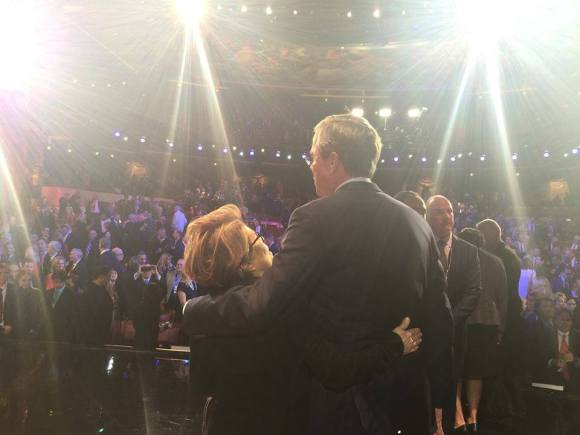 Jeb Bush was in a do-or-die situation at Tuesday night’s GOP debate in Las Vegas, and he turned in a solid debate performance that has resulted in Jeb Bush trending this morning on social media.

Nicely done, Governor Bush … solid win when it was absolutely necessary. He landed solid blows on Donald Trump who continued with his school-boy taunting of Jeb who deflected it back on Trump. Jeb showed America what those who support him already knew … he knows the issues and has developed in-depth policies while prioritizing the safety of the American people. Merry Christmas, Jeb … tonight you gave yourself a wonderful gift. ‪#‎AllinforJeb‬

In a rough-and-tumble election year that has seen the most belligerent of the candidates, Trump, rise in the polls –the more outrageous his comments the higher the numbers go, it will be interesting to see the post-debate polling numbers and if Jeb’s excellent performance, including taking Trump down a peg or two, reflects in the standing.

I would like to think we can now take a slight break from politics to enjoy the holidays … but I know better.