Three of my favorite Republicans — years of working for the Republican Party of Virginia. 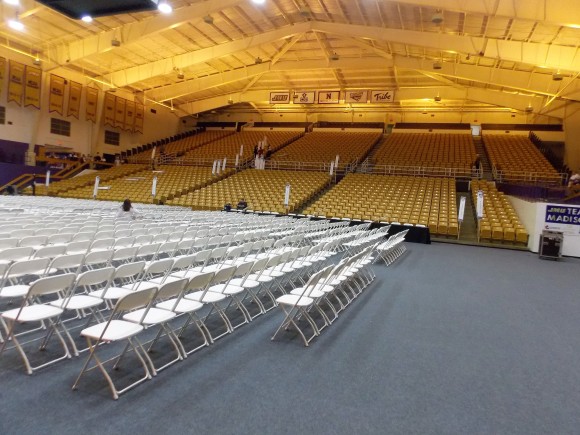 The arena was actually quite nice if you could get over that it doesn’t have internet. Seats rising from the floor had a more gentle rise than some venues we have been in with steep stairs to climb to the top. Media tables were set up on both sides of the floor and, when I arrived at 11:30am, I had my choice of any seat there so picked the area right in front of Augusta County’s delegate seats.

We arrived early and immediately ran into Julie Coggsdale hanging at the registration area — which was nicely set up with no wait – along with Frank Loehr and Jeb Wilkinson — great Republicans, all. When I made my way to the convention floor, there sat Garren Shipley — yay, Garren — on his laptop so a quick chat with him before setting up. As more people arrived, more familiar faces were seen, and I was in the perfect spot.

Delegate Steve Landes and Matt Colt Hall. Matt has a post at Bearing Drift about the first day of the convention. 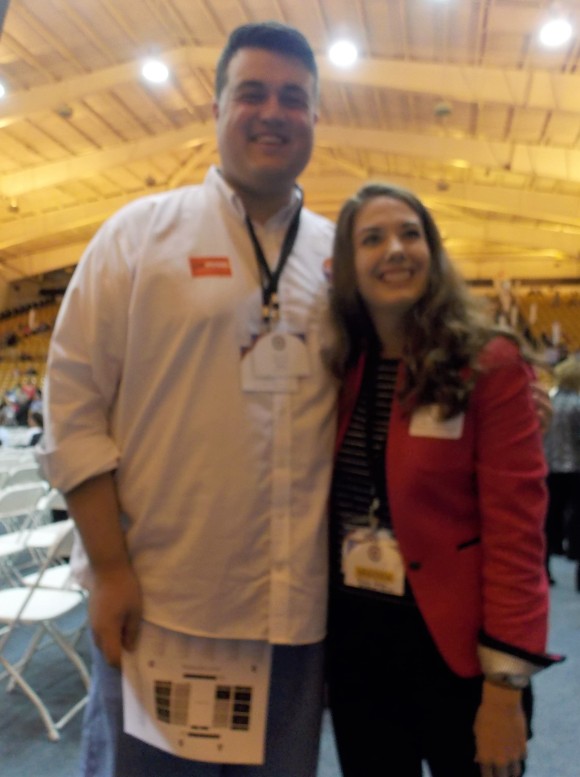 Daniel Cortez sang the National Anthem. Some man behind me also sang it at the top of his voice. I first sneaked down front to get a pic of Daniel, who has written often for LynnRMitchell.com, as most stood with hands over hearts. 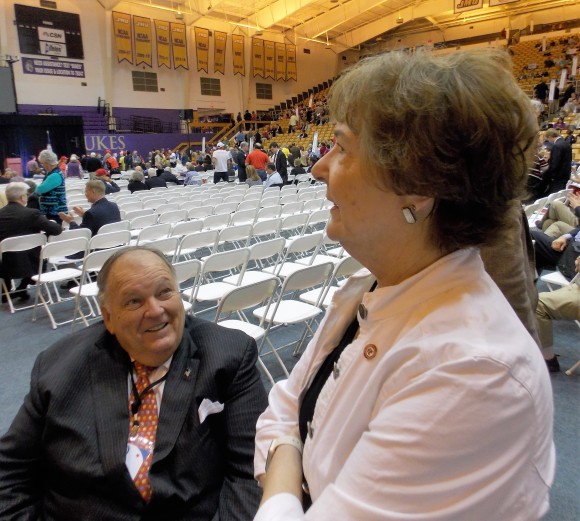 After the convention was over for the day, we escaped outdoors to see the surrounding mountains shrouded in fog.

The Whitbeck forces won the opening day of the 2016 Republican Party of Virginia State Convention in Harrisonburg but it wasn’t before some drawn-out amendments on top of amendments were brought during the adoption of the rules by the pro-Haley side. In the end, as Jim Hoeft posted on Bearing Drift’s Facebook page, “Debate on the rules at the convention- meant to favor Haley for RPV Chairman. The amendment fails. RPV Nominations committee will only report Whitbeck for chair as a qualified candidate. Printouts will be available to delegates tomorrow.”

Everything was challenged from temporary chairman when Jack Wilson won by an overwhelming voice vote but some on the other side stomped their feet on the bleachers and shouted and yelled until the Whitbeck side decided to divide the house for a stand up vote. Jack Wilson still won as the pro-Whitbeck forces easily outnumbered the Haley forces 2-to-1. In every vote after that the pro-Whitbeck side won. With all the arguing back and forth, that all took about 1.5 hours.

No protesters today but tomorrow is the main event so maybe they were waiting for that. We will see.

The convention will gavel in tomorrow at 10:30am with a full agenda. The Bearing Drift crew will be covering it on Facebook and Twitter.