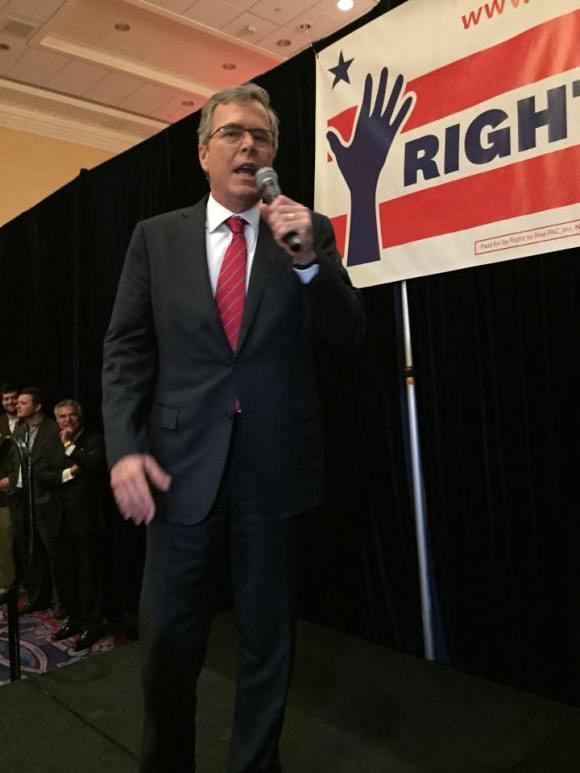 Totally Presidential! And over 1,000 young and old from across the nation at his private event.

A total mob scene after the most appreciated speaker at CPAC in spite of Sean Hannity’s attempt at “I got you” politics during the Q and A. Bush WAS on point, well received, and sounded totally Presidential. At the private event with Jeb Bush, well over 1,000 supporters from across the nation enthusiastically supported him with chants of “Run Jeb Run.” What a mob scene. I see a well-oiled machine already. 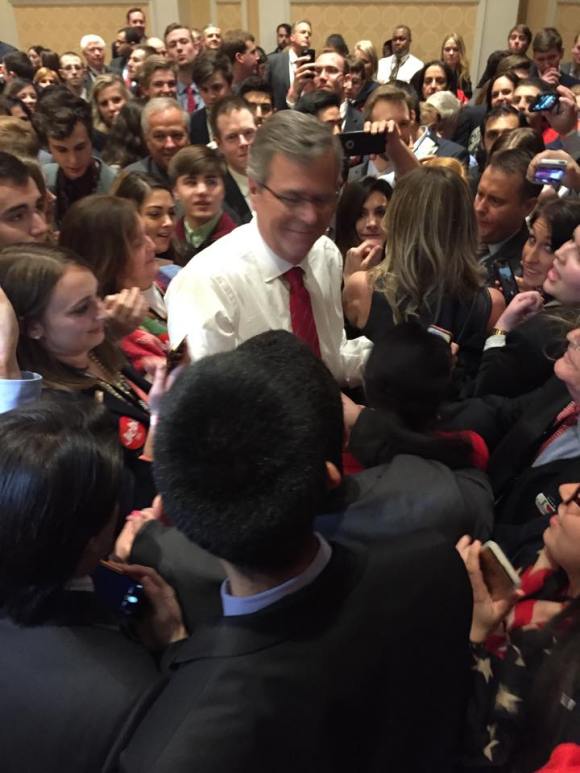 Daniel Cortez, a distinguished Vietnam veteran and award winning writer/broadcaster, is active in veterans and political affairs with an independent voter perspective. He can be reached at dpcortez1969@yahoo.com.

3 thoughts on “Daniel Cortez: Pics #1 of Jeb Bush at CPAC”